Bipolar Parenting: From Struggle to Stability

July 6, 2014 • By Share Your Story contribution by Rebecca Moore 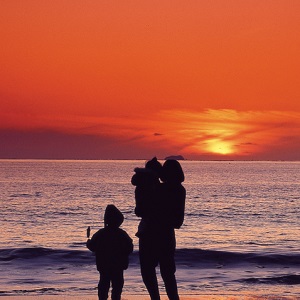 Three years ago I found myself pregnant with our seventh child, just a few months after already giving birth to our sixth. At first, we were ecstatic to be having another baby; we had always wanted a large family and we were getting exactly what we wanted. But as the months passed by, things began to change and I wasn’t as happy as I once was.

I assumed postpartum depression had set in, just like it had with my other pregnancies. But things were different this time. I found myself in a very dark place and even contemplated taking my own, as well as my unborn baby’s, life.

My husband suggested therapy for me and although it helped me, I needed more than what this therapist was giving me. She suggested I speak with my doctor about going on an antidepressant to help me get through this difficult time in my life. I agreed with her and made the call the very next day.

Right from the beginning I knew this medication was not going to work for me. I was agitated and irritable with everyone around me. There were days I didn’t even like myself and days that, if I could have peeled the skin off my own body, I would have. I didn’t like being me.

This prompted Hubs to take me to the emergency room where, upon hearing that I had an actual plan to commit suicide, they immediately wanted to admit me. I begged my way out of that and Hubs took the next three weeks off of work to keep an eye on me until I could get in to see a trained psychiatrist.

After those three weeks were up and it was time to meet my new doctor, I was scared to death. I didn’t know what to expect, as it had always been family doctors to prescribe antidepressants for me in the past. After an hour and a half of a psychiatric evaluation, the psychiatrist came to the diagnosis of bipolar disorder. I argued with him at first and he told me to go home and do my own research. And I did just that.

After two weeks of filling my head with knowledge about bipolar disorder, I couldn’t argue with this doctor anymore. The next time I went in to his office I had a completely different attitude. We immediately started medication with the approval of my perinatologist.

I wish I could say I felt better right away, but it took months before I felt like myself again. And then, once the baby was born, I hit rock bottom with postpartum depression again. This time I had to be hospitalized.

It was during this hospitalization that I was finally able to get stable and remain that way for a few months at a time, with mild medication tweaks when necessary.

Once I was released I began a search on the web for other parents who were struggling with bipolar disorder. Unfortunately my search came up empty. There was a lot of information out there for children with bipolar, but none for parents.

In April of 2011 I launched the website rebeccamoorestorms.com. I wanted to offer parents a place where they could go for comfort, support and resources. I started the first-ever bipolar parenting blog and things have just grown from there. I am now working on The Bipolar Parenting Project (bipolarparentingproject.com) in an effort to raise more awareness and stop the stigma that surrounds mental health.

I hope one day in the future to become a nonprofit organization so I can reach thousands of people on a national level.

All in all, my experience with bipolar disorder has been a tough one. I’ve seen many ups and downs—more down than I care to admit. But I have finally found stability and I have found the more that I keep busy with advocacy work, the more stable I remain. 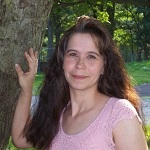 Rebecca Moore is a mother, author and advocate. She was diagnosed with bipolar when she was 33 years old, although she had experienced symptoms as early as her teens. She now has her illness managed and remains stable. She lives in Northeastern Pennsylvania with her husband and seven children.