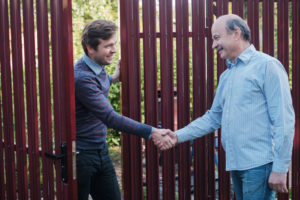 A study in Society and Mental Health suggests many people continue to endorse stigmatizing and inaccurate beliefs about mental health diagnoses.

Recent public health campaigns have highlighted the purported biological origins of mental health diagnoses. Yet the emphasis on biological factors does not seem to reduce mental health stigma. The study found even people who endorse biological theories may also blame mental health conditions on “bad character.”

The Persistence of Stigmatizing Beliefs About Mental Health

Participants attributed both biological and sociological causes to mental health issues. For example, 23% of respondents thought depression was due to a combination of genetics, chemical imbalances, and stressful life circumstances. About 25% believed the same factors led to schizophrenia.

Participants were more likely to attribute alcoholism to personal failings. About 27% of participants said in addition to biological factors, poor upbringing and character contributed to alcohol abuse. Only divine intervention was excluded as a probable cause of alcoholism.

How Stigma Affects Views About People With Mental Health Diagnoses

Next, researchers assessed how participants felt about people with these mental health conditions. Participants answered how they would feel if someone like the person in the story:

Participants who blamed a person’s character for their condition were more likely to react negatively to these scenarios. They were less willing to form relationships with people who have mental health conditions.

The study’s authors argue that biological theories about mental health don’t prevent stigma by themselves. Blaming a person’s character seems to be the key factor in mental health stigma. Reducing this belief may fight stigma, particularly for people who experience alcohol addiction.