Bigotry Without and Within: Oppression and the LGBT Community 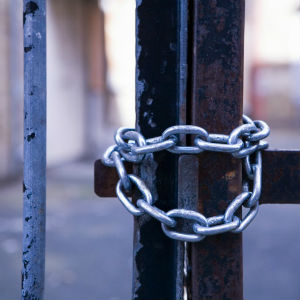 Human beings are social animals and therefore have a need to belong. Throughout our evolution, living in groups enabled us to find sufficient food, ward off predators, and raise our offspring—in other words, survive. So it is only natural that we feel the need to be part of a greater whole. In our global society, however, this can have its downside.

Our past societies, and many still in the present day, were homogenous. That is, everyone wore the same type of clothes, ate the same types of food, and practiced the same religion. They comprised the social norms, the fabric that held a group together. Those who did not conform were seen as a threat to the community. The punishment was ostracization, which, as mentioned above, was a threat to survival.

Today, with international travel common, large numbers of immigrants across the country, and the media showing us activity around the globe, we are more accustomed to diversity and, in fact, enjoy the benefits. We copy clothing and hair styles, eat a variety of ethnic foods, share knowledge, travel for pleasure, and more. Nevertheless, shunning (and worse) still occurs.

The downside of identifying with a group is that it automatically creates an “us” and a “them.” The “us” is considered the right way, the superior way. Once a group is considered inferior, less than human, it makes it much easier to take away their rights and treat them poorly. It has sometimes led to slavery or death.

The LGBT (lesbian, gay, bisexual, transgender) community has always been the “them” within the heterosexual, cisgendered population, and we all know what the result has been. But bias also occurs within the LGBT community. Many gay people still see bisexuality as a myth. They feel that bisexual people are just gay but afraid to come out. (See Bisexuality: Claiming Your Identity.) And some gay and bisexual people see those who are transgendered as the “them.”

There are several reasons for this internal bigotry. One of the biggest is the safety of closing ranks, protecting the “family.” Us vs. Them. Another reason is that a minority tends to use all of its resources to fight for its own rights, which doesn’t leave much for other minorities. Also, subdividing issues tends to weaken the political stance. And let’s face it—we have this tendency to put down those with less power than we have in order to feel better about ourselves. (Remember high school?)

On a social level, the same types of issues occur within the LGBT population as anywhere else. Lack of knowledge, lack of familiarity, misunderstandings, and so forth. Gay people may be just as ignorant of transgender issues as heterosexuals. In typical human fashion, if it doesn’t concern us, we don’t pay attention. Though, to be fair, we are all overwhelmed by the things we need to do every day and, especially in this technological era, how much we have to learn on a daily basis. There isn’t a lot of time and energy for studying other cultures.

The good news? The media bring it all right to our door or, rather, our eyes and ears. Gay rights are making headlines around the world, and transgender stories are popping up everywhere. All it requires is that you pay attention. Other things you can do to make sure you do not take on the role of oppressor: avoid disparaging other groups; keep an open mind; don’t be exclusionary; when you attend a LGBT event, be welcoming to all; and don’t make assumptions. In other words, don’t be the person you always resented.

Bigotry may have some evolutionary roots, but evolution has also provided us with large brains and broader scope. No one is free while others are oppressed.