Bias in Affirmative Therapy for Sexual Compulsivity in Men 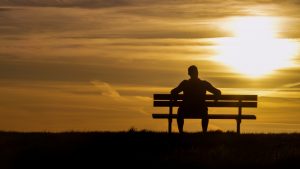 Gay men may be among the individuals who seek help for sex addiction. Some of these men may have recognized and accepted their orientation years earlier. Others may come to identify this part of who they are while they’re in the therapeutic process. There are also those who are heterosexual, though they may have had or fantasized about sex with men. People in any of these situations may experience a debilitating amount of shame. To truly help those who come to therapy for compulsive sexual behavior, therapists must be constantly mindful of the effects of stigma and how they, as therapists, might inadvertently contribute to those effects.

Affirmative therapy is a form of psychotherapy that focuses on helping non-heterosexual individuals work toward self-acceptance. In the context of men specifically, this approach can help create a safe space for men attempting to define who they are and who they want to be in a way that feels authentic to them, whether they are questioning their sexual orientation or identity or identify solely as heterosexual even though they have had or thought about having sex with men.

Taking an affirmative approach is critically important in clinical assessments and screening for sexual compulsivity. Clinical assessments and screening tools are almost always biased to represent particular groups; in the case of sexual compulsivity, such tools are likely to be skewed to represent heterosexuality. Therapists must recognize assessment biases and take their time to help the person seeking treatment develop a clearer picture of the issues that are important to them, in the process building affirming therapy goals.

Therapists helping men for sexual compulsivity also need to be aware of their biases and perceptions regarding LGBTQ+ populations and sexuality in general. LGBTQ+ people, as well as people who identify as heterosexual despite same-sex activities or fantasies, are at great risk of being shamed, judged, and labeled in therapy settings. Heterosexism can be used to attribute heterosexualized assumptions onto gay sex, for example. Furthermore, therapists must take care to avoid compressing sexual orientation into a binary system that excludes the self-identity of the person seeking help.

Men who identify as gay, bisexual, or queer, among other identities, have likely had to contend with people insinuating their orientation is “unhealthy” in some way. This can create shame surrounding this part of who a person is. Affirming therapy provides space for a person to identify personal definitions of healthy sexuality in a way that feels safe and open.

Affirming therapists also work with people to help them identify what types of relationship styles they want—committed, monogamous, nonmonogamous, or polyamorous, etc. They don’t support or advocate for relationship styles, as doing so is only likely to trigger the pain that has already been imposed by a long-standing, shameful belief system determined by the majority. Again, working to identify biases and counteract stigma is key here.

For many non-heterosexual men, pornography plays a unique role, as sexual education frequently avoids the topic of gay sexual experience. This isn’t to say pornography is the best educational tool, but it should be acknowledged as a reality for many gay men. Thus, sexual compulsivity therapy for gay men should include non-shaming sexual education, not simply an examination of the role pornography may play in any compulsive behavior.

It hurts to know and recognize where we judge and label others. However, not owning this reality may make it more likely a person in therapy will feel shamed by a therapist’s words or actions.

Of course, to provide meaningful sexual education, therapists need to make educating themselves an ongoing priority. There are many programs, continuing education courses, and classes that therapists can take. The American Association of Sexuality Educators, Counselors, and Therapists (AASECT) offers several educational resources. Many of these courses are offered via distance and web-based coursework.

Affirming therapists should talk with the individuals they work with about their beliefs surrounding the role of pornography in their lives, as doing so can help them further identify what, for them, constitutes healthy, authentic sexual expression.

It goes without saying that only helping professionals who are aware of their own biases should work with people in affirmative therapy. As with anyone else, it can be difficult for therapists to accept that they hold biases. It hurts to know and recognize where we judge and label others. However, not owning this reality may make it more likely a person in therapy will feel shamed by a therapist’s words or actions. A lack of awareness regarding their own biases and a reluctance or inability on the part of people in therapy to point them out may leave a therapist not even knowing that they have said or done something harmful.

Affirming therapists must be comfortable helping people explore their sexuality, but they also must be careful. When a therapist makes an assumption about a person’s sexual orientation, they can easily push the person toward something that doesn’t feel authentic. For example, a man might be gay or bisexual but not yet ready to accept that fact. If a therapist labels the person as non-heterosexual before that person is ready to accept their identity, it can create a much longer, more painful, and more shameful journey toward self-acceptance. Likewise, subtle pushing toward heteronormativity can have the same shame-inducing, negative effect.

Like many people, therapists often think about sexual orientation and expression in a binary framework: gay and straight. This excludes a multitude of other sexual orientations and identities. Orientation and identity labels are things people have to take on for themselves; they are not to be assigned by someone else. Anyone who is in the process of coming out or working toward acceptance of their orientation or identity will require time, space, and nonjudgmental support. It is the role of the affirming therapist to offer this space and to allow for the support needed for a person to identify who they are in a way that feels authentic to them.