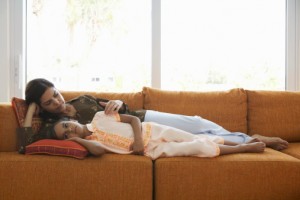 April is National Autism Awareness Month. In our house, we have been all too aware of autism for several years. My son, who recently turned 18, developed autism between his second and third birthdays. As part of his condition, he also suffers from several autoimmune issues that greatly impact his abilities and quality of life. My husband and I have been engaging in therapies and interventions for over 15 years now.

The families I’ve met during this journey, both in my private and professional life, never cease to amaze me with their resilience and determination to get the best care possible for their children. They inspire me daily. But each year, when April rolls around, many such parents get slightly annoyed at the autism awareness efforts they witness. Some people can be seen wearing blue and light blue lights, a practice created by a national autism organization. Others engage in money-raising efforts through 5Ks, walks, and the like. While these efforts are noble, I would much rather see people reaching out personally to families they know and love with gestures of kindness and care.

When my son was diagnosed in 2001, autism rates were starting to climb. Rates at that time were estimated at around 1 in 250. I recall having to explain to other moms on the playground what it meant for my child to have this thing called “autism.” In response, I usually received a puzzled look or an offhanded, well-meaning comment such as, “Well, my son didn’t speak until he was 3 …”

Today, about 1 in 45 children experiences autism in the United States. This means when I talk to people now, they are usually not only aware of what autism is, they know someone who has it or is directly affected by it.

This is why I am a huge proponent of personal, local, grassroots giving—the kind that impacts families directly. Because, as a therapist, I see the effects of autism on families like mine every day. While they tend to put on happy, hopeful faces and love their children fiercely, they worry. They’re depressed and anxious. And they’re exhausted, mentally, physically, and emotionally. Consequently, the smallest gestures often have the greatest impact.

If every unaffected family who knows an autism family reached out in some small way, imagine the difference that could be made and the sense of support that could be felt. Here are a few suggestions for helping families affected by autism in a tangible way:

A parent once told me, “When your loved one dies or a baby is born, people come out of the woodwork to help. But when your child is diagnosed with autism, no one brings casseroles.”

If nothing else, letting families you love know you’re thinking of them and that you care can make a real difference.

This might sound harsh, but it’s true. People tend to be uncomfortable when faced with bad news. They often don’t know what to do, so they do nothing. If you were to ask an autism family you love, “What can I do for you?” they would most likely politely answer, “Nothing, we’re fine, but thanks.”

So just make dinner sometime and bring it over, just as you would for a friend who had lost a loved one or had a baby. This is a great thing to do not only for families coping with recent diagnoses, but for those who have been on the autism journey for years as well. The challenge is always there, and the need for support never goes away.

Many autism families struggle financially. While autism is common, it is also underfunded. Even families who can afford treatments and therapies often have to fight to get their costs reimbursed, and may forgo “luxuries” such as date nights, vacations, or simple trips to the coffee shop. The money they don’t spend typically needs to be saved for the child’s future, as the child will most likely need long-term care when the parents die.

Often, autism parents have little choice but to give up their careers and jobs to be home with their kids. So a small gesture such as a gift card for gas, or one for the local grocery store, can go a long way.

This isn’t for everyone, since babysitting for a child with autism can be more challenging than watching a typical child. But when I talk to autism moms and dads, one of the greatest needs they express is childcare support. Without it, they often lack time for themselves and their marriages.

As an autism mom, I’ve found it helpful even to have an extra set of eyes present so I can get housework done, run to the store, or take a nap. Additionally, I’ve had friends offer to take my other child out to the movies or lunch. Help with the kids who don’t have autism takes some of the stress off of overwhelmed parents.

These suggestions for supporting autism-affected families may not be the ones you’re used to hearing, but they can have a tremendous impact. If nothing else, letting families you love know you’re thinking of them and that you care can make a real difference.