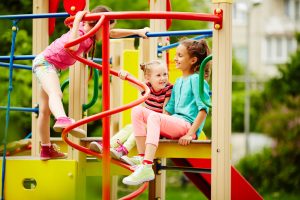 Girls with autism may have better social skills than boys, masking other symptoms of the diagnosis, according to a study published in the journal Autism. Most research on autism is conducted on boys and men, which may make it more difficult to accurately diagnose girls.

Statistics show boys are significantly more likely than girls to be diagnosed with autism. The overall autism diagnosis rate is 1 in 68, with 1 in 42 boys and 1 in 189 girls diagnosed with an autism spectrum condition, according to the Centers for Disease Control and Prevention (CDC). This study suggests some of the discrepancy might be due to differences in how the condition is presented in females and males.

Empathy and Social Rules in Girls with Autism

The study involved 68 adolescent boys and girls, some with and some without autism. In a laboratory setting, researchers pretended to sustain a finger injury from a file. The “injured” researcher said, “Ow, that hurt” and shook the hand to express pain.

After the feigned injury, two researchers observed video of the interaction to assess for empathetic behavior. Girls were more empathetic than boys, regardless of whether they had autism. They often asked how the researcher felt, while boys tended to seek a solution.

The researchers observed no substantive differences in displays of empathy between teenagers with and without autism, though those with autism may have more difficulty understanding why someone else feels a particular way.

Diagnostic criteria for autism often highlight a lack of appropriate social skills. The study’s authors argue that girls with autism may have difficulty understanding another person’s feelings just as much as boys. However, they are more likely to follow established social norms that govern appropriate reactions to people’s emotions. This can mask other signs of autism, making it more difficult to recognize and diagnose.

The study’s authors call for a different treatment approach and strategy for girls with autism, as their specific needs may be different compared to boys with autism.

April is Autism Acceptance Month, with autism organizations drawing attention to the needs of people with autism as well as the barriers they face. Many organizations are also celebrating Autism Awareness Month.