Atheism May Be More Prevalent Than Past Surveys Suggest 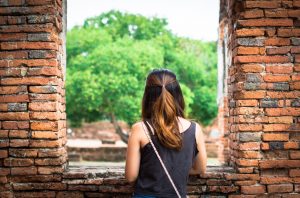 Atheists might represent as much as 20-35% of the U.S. population, according to a study published in the journal Social Psychological and Personality Science. Most surveys suggest atheists account for a much smaller 3-11% of the population. Heavy stigma against atheism and lack of religious belief might contribute to the smaller percentages determined in telephone polls, as atheists may be fearful of outing themselves even to anonymous pollsters. The new study uses a different technique to detect atheism.

Mental health professionals are increasingly mindful of the role of spirituality in psychological health. Yet, if atheism is more common than previous polls have found, the study’s authors suggest therapists should also be mindful of the way religious stigma can affect people in therapy.

This approach, called indirect sampling, allowed the team to estimate which statements participants did not want to admit. It has previously been used to measure other stigmatized beliefs or behaviors, such as criminal actions.

Based on this technique, researchers concluded that 1 in 3 atheists did not disclose their lack of spiritual or religious belief. This shows the presence of significant stigma associated with religious nonbelief, even in an anonymous poll.

Because the technique was an indirect one, researchers do not have a specific estimate of the total number of atheists. They estimate about 26% of respondents to the survey were atheists, but caution that the number could fall anywhere in the range of 20-35%. If atheism is more prevalent than previous research suggests, the study’s authors suggest the true percentage could upend scientific theories about the “naturalness” of a belief in a higher power.

Some anomalies in the data caused researchers to question the validity of the technique used. It remains unclear exactly how many atheists there are, how many atheists fear stigma, and whether indirect sampling is a valid method for mitigating the effects of stigma in surveys.

Research shows religious sentiments and activities have declined. The Pew Research Center’s 2014 Religious Landscape Study found a sharp dip between 2007 and 2014 in the number of Americans who say they are “absolutely certain” a higher power or god exists. The figure was 71% in 2007, dropping to 63% in 2014.

Religiously unaffiliated people—those who claim no religion or who identify as atheists or agnostics—made up 23% of the sample, compared to 16% in 2007.