At a Loss: The Day-to-Day Toll of Dealing with Dementia 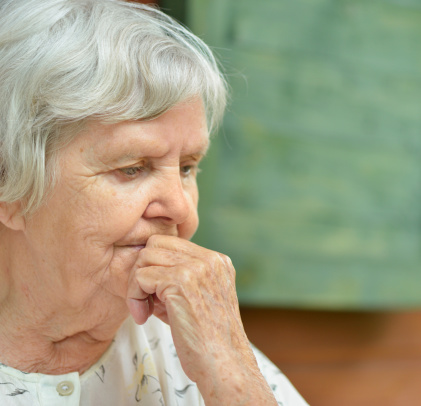 “Does no one know? It’s like I’m losing my mind.” —Stephen Sondheim, from his musical, Follies

One of my oldest friends recently called me and needed to vent: his mother, now 80, had been diagnosed with Alzheimer’s, and her doctor had reported her to the state so she would no longer be able to drive. Her reaction was to ignore the doctor, drive herself to seek another opinion, and shut out her children who were trying to support and help her. She was in denial, he said, and was taking it out on all of them. They felt helpless.

I acknowledged his frustration, anger, and loss, and also took the opportunity to help him understand a little of what it might be like to be his mother at this time. In my work as both therapist and yoga teacher, I see many people with dementia and have learned a lot about the tremendous losses people experience.

All of us have so-called “senior moments,” when we forget why we came into the room or tell our kids an anecdote for the second time. It is annoying and disorienting, but it quickly passes. Dementia is much more than that. One of the hardest things about dementia is that it is not curable, and it is constantly changing. So it is not one loss; it is a series of losses that will continue until death, and it is nonlinear. By this I mean its effects can be different day to day and moment to moment. For instance, someone may feel completely connected and coherent one moment, and then not know where he or she is a minute later.

Here are some of the many losses experienced by those with dementia:

As I described these challenges to my friend, he told me he felt sad and hopeless as he looked to the future with his mother. This is a normal reaction. As we adjust to new information, though, we begin to learn how to work with it. We find supports, learn new routines, and hopefully practice a lot of letting go and acceptance, along with our loved ones.