The Art of Comforting: 3 Examples of What NOT to Do 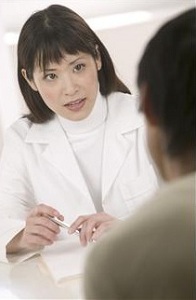 My son was initially diagnosed with autism when he was three-and-a-half. It was the year 2000, and he was right at the crest of what I call “the autism tsunami”—when the number of cases of autism spectrum diagnoses began to exponentially explode. I remember being hesitant to call and tell people about my son, not because of what I had to tell them, but because of the reactions people had to my news. Now that I am providing therapy to parents of children with autism on a daily basis, I have recognized similar patterns in the comforting styles and reactions of my clients’ friends and family.

Here are three styles of comforting that I find to be least helpful in comforting a person or caregiver facing a difficult diagnosis:

The Invalidator is the comforting style I hear most about in my office. The Invalidator might may comments such as, “Oh, it’s not that bad” or “Well at least you know what it is.” Often, this person doesn’t realize they are invalidating your feelings, because their intentions are admirable. They want to “make you feel better.” But comforting is not about changing the other person’s feelings. It’s about listening, allowing others to feel whatever they’re feeling, and just being there. Let me be perfectly honest; when your child is diagnosed with any disorder or illness that will change the course of his or her life forever, there is little anyone can say to make it better.

The Know-It-All person either rushes right into what they think you should do or tries to relate by saying they know what you’re going through because their husband’s cousin, twice removed, knows someone going through the same experience as you. Helping by providing resources (if you truly have firsthand knowledge about the subject), is wonderful, under one circumstance and one circumstance only: if the person asks for it. This category also includes people who say things like, “But he’s so smart! He doesn’t have autism. You should get a second opinion.” Or the dreaded, “That child just needs more discipline!” Comforting is supposed to be about the person we are comforting, but so often we make it about ourselves.

Avoiders are the people who rush to say something they think might help, while being very uncomfortable because they really don’t know what to say. These are also the people who don’t ask about our child when they call. Or they simply stop calling. Very often, they are the people closest to us and our child and are really speaking out of their own broken heart or not wanting to accept the truth. Avoiders I have encountered have said things like, “There’s nothing wrong with him” or “Even Einstein didn’t speak until he was four.”

I have a special place in my heart for Avoiders, as my beloved grandmother demonstrated Avoider tendencies at times. Mom-Mom, as my grandmother was affectionately called, was visiting around the time we were trying to figure out what was “wrong” with my son. While watching him play, she gave me a hug and commented, “There’s absolutely nothing wrong with that child. You tell those doctors they don’t know what they’re talking about.” I smile when I think about it now, because Mom-Mom was a soft-spoken woman who didn’t voice her opinion unless it was absolutely necessary. She truly believed what she was saying. And on those rare days, when I can separate my son from the autism and see who he really is inside, those are the times that I choose to believe her words.