Are You Addicted to Your Smartphone? There’s an App for That 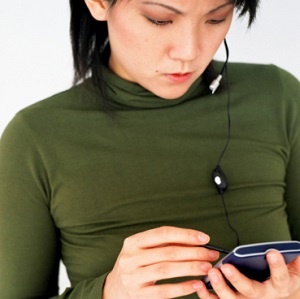 Between checking emails and text messages, posting photos to Instagram, status updates to Facebook, and tweets to Twitter, reading the news, surfing the Internet, playing games, watching movies, listening to music, and getting directions, smartphones have a lot going on to keep users busy and distracted. Oh yeah, and you can make phone calls on them, too.

With so much happening in one tiny device, it can be hard to set the smartphone down and actually live your life. And considering how many people walk around with their faces glued to their pocket-sized screens, a group of computer scientists and psychologists at the University of Bonn in Germany decided to develop an app that allows users to measure their usage and determine whether they are, in fact, addicted to their smartphones.

Do we really need an app for that? Probably not. But nonetheless, the Menthal app will soon be available as a free download from the Google Play store on Android 4.0 (or newer). Their promotional video (below) shows a string of familiar, day-to-day smartphone scenes and asks the question: “Are you in control of your smartphone? Or is your smartphone controlling you?”

There is obvious value in taking a moment to ask this of yourself if you own a smartphone and regularly wind up face-to-face with it. In fact, given the option of putting a statistic to the amount of time you spend staring into the virtual beyond, you may be shocked at the results.

In a study conducted by the researchers, they used the app to evaluate the smartphone usage of 50 university students for six weeks, and they found that on average, the participants activated their phones more than 80 times per day and a quarter of them spent more than two hours each day on their handheld devices.

The researchers are hoping to gain a deeper understanding of where to draw the line between “normal” and “too much” when it comes to cellphone behavior. While smartphone addiction is not necessarily recognized by medical professionals, one of the researchers has been quoted as saying that usage absolutely resembles addictive behavior that may be akin to Internet addiction at times. “Outright withdrawal can actually occur when cellphones cannot be used,” he said.

So, are you addicted to your smartphone?