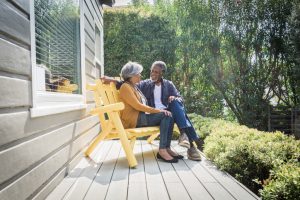 In a study published in the journal Nature Medicine, tetrahydrocannabinol (THC)—the active ingredient in cannabis—reversed age-related cognitive decline in mice.

Mice, like humans, experience cognitive changes such as memory loss as they age. Researchers were able to use cannabis to help older mice regress to a state similar to mice who were only a few months old. If humans experience similar results with the use of cannabis, then the drug may eventually yield a treatment for dementia. However, not all studies of rodents have translated into similar results for humans.

Previous research has found the endocannabinoid system (ECS), a group of receptors that regulate a variety of physiological processes, declines with age. The ECS also contains receptors that bind to THC, marijuana’s active ingredient.

To test how THC might affect age-related changes in the ECS, researchers gave mice ages 12-18 months a low dose of THC for four weeks. Mice in this age range are old enough to experience age-related cognitive decline. The THC dose was low enough that it did not appear to intoxicate the mice.

Researchers used a variety of tests to measure memory and learning capacity. They found strong performance improvements in the older mice who were given THC. Their cognitive performance was nearly indistinguishable from the performance of 2-month-old mice. THC also produced biochemical changes in the mice. Hippocampal spine density and expression of synaptic marker proteins—two measures of brain health—both increased.

Implications for Humans with Dementia

The study’s authors hope to conduct a clinical trial on humans next. Because THC has already shown promise in the treatment of pain and some other medical symptoms, they hope the drug could also be effective for dementia.

According to the Alzheimer’s Association, Alzheimer’s is the sixth leading cause of death in the United States. In 2017, it stands to cost the economy $259 billion—a figure that could rise to $1 trillion by 2050.