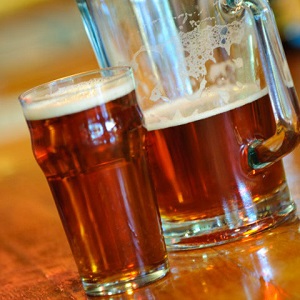 In therapy, I worked with a man, we’ll call Steven, who recently “went out,” as the twelve-step program so poetically describes relapsing. He walked away from fifteen years of sobriety, his career, his wife, and his teenage son to go on a six months binge that left him in the hospital recovering from a hypertensive episode his doctor told him was “not conducive to survival.” Before going on the binge, Steven described being called to task by his boss. He phoned his wife on the way home and received more criticism than sympathy. The Bluetooth connection dropped just as Steven passed a bar. He thought to himself, “Screw it, I’ll have one drink.” The rest, as they say, is history.

When Steven passed that bar, he weighed two alternatives: On the one hand, there was the drink, signifying immediate physical pleasure; on the other hand, something we might call “sobriety,” an abstract idea that may well be essential to the quality of Steven’s life, overall, but has no immediate utility and can only be experienced over time. Steven was faced with choosing between an immediate tangible reward and a later abstract one, between something concrete and something transcendent that emerges through interactions with others. After his rift with his boss and then his wife, that later, abstract, transcendent, people-oriented reward grew fuzzy and unpersuasive. Instead he chose the concrete pleasure of a drink.

He was also being tricked. The offer of a single drink to feel better now was really a bait-and-switch con. Alcoholics Anonymous (AA) has a great phrase, “one drink, one drunk.”  Most of those in recovery cannot have a single drink without restarting an unstoppable process. That single drink turned out to be the first step in an old, familiar dance, a leap into an automatic pattern of using. It would have been as hard for Steven to have a single drink as it would be for an ex-smoker to light up a cigarette and have a single puff.

AA has another great phrase: “The ‘ism’ of ‘alcoholism’ stands for ‘Incredibly Short Memory.'” For those of us who struggle with addiction, we need to remember again and again these twin ideas:

1. There is no one drink or one hit, only a pattern of use.

2. What we give up by taking that first hit may not be measurable, but it is of immeasurable value. By taking what is in a shot-glass or a syringe we lose ideas such as “joy,” “hope,” and “love;” hard-to-define words that have to do with what makes life meaningful.