Amputated Relationships and Attachment: How to Let Go 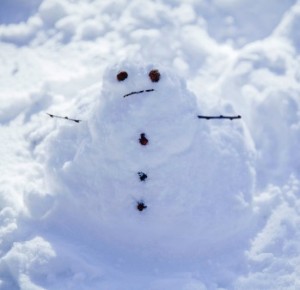 Herman hates November and December. He and his wife got divorced, and his life feels really empty this time of the year.

After many years of joyful celebrations, Julia’s family split in half over some argument that no one remembers, but the two sides are at war, don’t get together anymore, and probably never will.

Sound familiar? Although this time of year is a happy time for many, the emphasis on family gatherings can cause great pain to people who have lost a loved one through divorce or breakup, along with changes in the quality of relationships. Whatever the reason, the relationships that were before no longer exist; they’re gone. Even if some semblance of reconciliation happens, things will never be the same. You can’t bring back the past.

Maybe you’ve become so used to things that you don’t usually feel the loss anymore, but holiday times bring the feelings back up and you hurt. Julia felt like she lost her right arm when her family split up, and the hurt she feels now during the holidays is like a painful phantom limb.

A phantom limb is a feeling or experience that sometimes occurs when a limb has been amputated due to traumatic accident or illness. Although the limb is gone, the person senses that it’s still there, and there can be immense physical pain and suffering. Clearly, this kind of pain trumps anything I’m talking about, but I am using it here as a metaphor for the emotional experience of losing a relationship, an emotional amputation. The relationship as it was no longer exists, but the emotional space where it once resided throbs in its absence, a phantom reminder of the death of the relationship.

Buddhists, yogis, and psychotherapists talk about the benefits of letting go. Easy to say, hard to do, but we can start with a deliberate withdrawal of emotional investment in what once was. Hanging on to the past, not letting go, is another way of saying attachment, a sticky, gluey holding which fogs the brain and prolongs pain. We can gradually alleviate the pain of loss by changing our perspective, leaving the past behind and creating a different present and future.

Of course, when we’ve been hurt, we all need a period of mourning, like a bandage covering a wound until it heals, but even if you have a bandage on your arm to protect a very deep wound, you will at some point have to remove the bandage and clean the wound. Some people pull the bandage off little by little. Others prefer one fast, painful rip. Both systems work. Or you can wait until the glue wears off and the bandage falls off by itself. In none of these cases should you labor to keep the bandage on after it has lost its usefulness. It’s not a badge of courage or of devotion to remain attached to a phantom and remind yourself that you’ve been wounded. Remove the bandage and let some fresh air touch the wound and speed its healing.

Open your heart. Keeping it closed to surround a memory can turn thoughts into splinters that ache and maybe even become infected. It’s like being possessed by an evil ghost.

If you and your beloved have split up and you’re mad and hurt and aching, mourn, of course, and then move on and use that energy to invest in your own ability to find happiness elsewhere.

November and December are happy, sad, hysterical, fun, hyper months. Enjoy what you like and find nourishing, and leave behind what doesn’t serve you, what might even harm you. Treasure whatever positive, precious memory you might have, and use the positive feelings associated with it as drive to move on. Mad? That’s a strong energy, too.