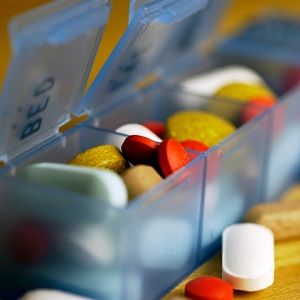 An ongoing issue faced by many in the mental health field is the over-diagnosis of conditions like bipolar, depression, and attention deficit or hyperactivity (ADHD), as well as the over-prescribing of psychotropic medications—and consequent addiction—that goes along with the pressure to dole out diagnostic labels to people seeking therapeutic help.

Several organizations and individual practitioners have chosen to resist this tendency through the years, choosing instead to focus on the healing and recovery that comes from the tried and true methods of psychotherapy and counseling. Belief in the power of talking and working with a therapist to move through the various ups and downs experienced while walking in this world is a large part of what fueled Noah Rubinstein’s desire to launch GoodTherapy.org in February of 2007.

Now  Dr. Gregory A. Smith, a medical doctor based in Los Angeles, CA, with co-writer and director Sasha Knezev, brings  a new documentary that explores the issue of prescription drug abuse and addiction and reveals some of the reasons behind the pharmaceutical industry’s heavy influence on the field of medicine.

The film, called American Addict, exposes how the Food and Drug Administration (FDA), Big Pharma, physicians, and the media are tied together “to ensure that medical problems are treated primarily with pills.” It also explores the unfortunate side effects of widespread overprescribing of psychotropic medications in matters of physical and mental health, which often leads to “overuse, abuse, and unnecessary deaths.”

Though there are certain conditions that respond well to pharmaceutical treatment, as well as medical professionals and individual users who claim that the benefits outweigh the side effects, the fact remains that the rate at which diagnoses are handed out and drugs are prescribed is becoming more problematic.

“What was once a diagnostic manual that was paper thin is now a huge book with hundreds of diagnoses in it,” says Dr. Peter Breggin, the psychiatrist and activist who founded the Center for the Study of Empathic Therapy, Education, and Living in Ithaca, New York, and who is interviewed in the film along with several other medical professionals. The author of Talking Back to Prozac, Toxic Psychiatry, Medication Madness, and other related titles, Dr. Breggin is one of many who have devoted their time, energy, and expertise to raising awareness regarding the very serious issues associated with widespread labeling and pharmaceutical drug use.

As Breggin reveals in his research and publications, there are numerous negative side effects associated with short- and long-term pharmaceutical drug use: chronic brain impairment (CBI), which presents with symptoms similar to those of dementia and Alzheimer’s; medication spellbinding, or intoxication agnosognosia, which causes users to underestimate the damaging effects of prescription drugs on their brains and bodies; suicidal ideation and violent behavior, especially in military veterans, are a few examples of these (Breggin, 2006; 2010; 2011).

In its Research Report Series on prescription drug abuse and addiction, the National Institute on Drug Abuse (NIDA) states that approximately 52 million people in the United States have used prescription drugs nonmedically at least once in their lifetimes, with young people, the elderly, and women the most likely to develop an addiction (2011). According to a 2013 NIDA report, “[P]rescription and over-the-counter (OTC) drugs are, after marijuana (and alcohol), the most commonly abused substances by Americans 14 and older.” Opioid pain relievers, stimulants, and anti-anxiety medications are the ones most often associated with addictive behavior, with Adderall and Vicodin accounting for the bulk of pharmaceutical drug abuse, and OxyContin, Ritalin, Valium, and Xanax, as well.

Not only are prescription drugs potentially addictive; they can also be deadly. In the director’s message that appears on the first page of NIDA’s Prescription Drugs: Abuse and Addiction report (2011), Nora D. Volkow writes that since 1999, accidental deaths by prescription drug overdose have quadrupled, and as of 2007, they surpassed the number of deaths tied to heroin and cocaine.

So, what gives pharmaceutical companies such significant sway over practitioners and treatment facilities when their products are known to lead to abuse and addiction, not to mention devastating side effects and even death in some instances?

As one woman interviewed in American Addict shares, it’s partially because these companies are very strategic in their ways of pushing their products on people; the representatives hired to sell prescription drugs are often recruited based on appearance and marketing skills, and prescribing doctors are often offered huge incentives such as fancy vacations and financial perks. And then there are, of course, the myriad advertisements that feature glowing, happy people attesting to the life-changing, health-boosting benefits of said medications.

Lobbying is another way the pharmaceutical industry has established authority and control at the political level. “If you look at the amount of money they spend on lobbying, they have more lobbyists active than there are members of Congress,” says one of the interviewees featured in the film’s trailer. “Right now, pharmaceutical companies are in control,” he adds.

Additional issues, such as accessibility and affordability, are also explored, as well as a glimpse into the “underground” prescription drug trade. The hope of the film’s creators is that American Addict will spark increased awareness and dialogue on the subject, thereby inspiring change.