Allowing Yourself to Ask for More: It Begins in the Therapy Room 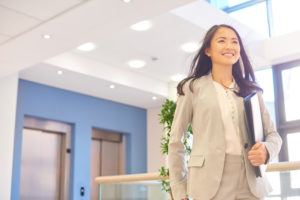 So, you’re in therapy, and it’s going well. You’ve established a good therapeutic relationship. You trust your therapist. You feel some symptom relief. You feel heard.

Maybe you don’t exactly “look forward” to sessions, but you are glad you have a weekly space to think, feel, and process (though maybe not in that order).

I don’t want to mess with success, but I ask you to take a second and ponder these two questions:

Perhaps you have a goal you check in about—that’s great. I’m not anti-goal, but I do worry at times that our outcome-focused society can miss the exciting, unexpected developments by focusing too stringently on a goal.

That’s why I’m not only asking about goal progress when I ask you, “Do you want more?”

What Stops Us from Asking for ‘More’?

For those of us who are less assertive than others, it’s often not an easy task to say we want more. We might know we want more but be unsure of how to ask for it, or we may unconsciously push down this desire and be less in tune with our dissatisfaction.

Wanting more could be a concrete want, such as “I want a raise,” but it can also be somewhat amorphous. For example, what does wanting more in therapy mean? More time? More insights?

There are many reasons why people struggle with asking for more from their therapist. Some reasons might include the following: What will be the therapist’s response? Will they put the blame on me? Will they take it to mean I don’t think they’re working hard enough? Is asking for more considered disrespectful? Will they give me less attention in sessions just out of spite? Will my asking for more backfire?

“Maybe I’ll make them so angry that the little they do give me will be taken away,” you might worry. Or “Maybe they’ll be angry or upset and I’ll not only have to deal with not getting enough, but I’ll now have to manage with them being pissed at me.”

Sure—all of that is possible, even in therapy. In therapy, though, if you have a good therapist, they can handle all of your concerns. They can be in touch with their own response and be able to help you move through your fears without putting their stuff on you.

Because at the end of all of this is the core issue: You are coming to terms with expressing your desire for more (whatever that ‘more’ is.)

There are times and situations when it may be unwise to ask for more. You, at the end of the day, are the best judge of this. But first you need to know whether the part of you that is stopping yourself from asking for more has actually conducted a thorough assessment of the situation or if it’s a part of you that feels that you don’t really deserve more.

If this is the case, it may be a good idea to begin processing what the desire for more looks and feels like, and doing this in therapy—expressing your desire for more with your therapist—is an awesome place to start.

If you are having difficulty asking for what you need in your personal life but are not currently working with a therapist or counselor and would like to seek support from one, you can begin your search here.