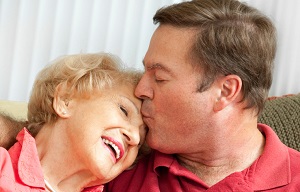 Gray divorce refers to baby-boomer couples who uncouple. After years of marriage, a couple who decide to call it quits begin the formidable task of separating from their lives together while also beginning the process of building a new, independent life.

Two weeks before she passed away, Judith Wallerstein, along with Julia Lewis and Sherrin Packer Rosenthal, published an article titled Mothers and their Children after Divorce (2013). The authors conducted a unique study of mother-child relationships among participants in a 25-year longitudinal study outlined in The Unexpected Legacy of Divorce (Wallerstein, Lewis, and Blakeslee, 2000). Among the findings from the 2013 study was a “challenge to the view of divorce as a time-limited crisis from which children with continued access to both parents will recover in under a year after the litigation is completed” (Wallerstein et al., p. 167, 2013). Rather, the authors report “an extended period of transition and rebuilding during which mothers and children often struggle for years to gain or regain economic and emotional stability” (Wallerstein et. al, p. 179, 2013).

An assumption that, with the passage of time, the children of divorce will be fine is persistent. Rather, all children adjust in their own, unique way, no matter their age at the time of parental divorce. And the aftermath is different for each person, parents as well as offspring. The prospect of a healthy adjustment is generally good. But it is not predictable. And rebuilding is not time-limited. The memories of the intact family of early childhood continue into adulthood. “As adults, the photos several carried wherever they wandered were photos of the intact family, including themselves as young children” (Wallerstein, et. al, p. 179, 2013). The attachment to family and its past, no matter how good or bad, runs deep.

There is often a tendency to rely on the adult side of adult children when parents announce their divorce (Fintushel and Hillard, 1991). If the adult child reacts with sadness, anger, fear, abandonment, confusion, or hurt, parents, already in their own turmoil, may feel their adult children aren’t there for them, especially if they have waited until the children are grown to divorce. This adds guilt to the turbulent emotions that are swirling about. Equanimity is lost for everyone.

There is a way to approach the dissolution of an intact family that can pave the way to positive outcomes and allow for healthy rebuilding over time: expand the focus in resolving conflict to include the children. The parents will need to resolve financial and legal matters, but it could make an enormous difference for parents prior to the final breakup “to prepare for new responsibilities and portending changes in their relationships and available time with their children” (Wallerstein et. al, p.182, 2013). Emotionally, this may seem daunting to parents in the divorce process.

Finding the emotional strength and willingness to listen to the children will reap prospects of ongoing and deepening emotional connection in parent and child relationships after divorce. Prospects for growth and healthy adjustment increase exponentially as years go by when parents and children are able to talk and listen to each other during the crisis of divorce. Many adult children ultimately develop some clarity about their parents’ divorce. Fintushel and Hillard (1991) report that many respondents in their study believed their mother had “achieved a degree of confidence and autonomy undreamed of before” (p. 298).

Working with a therapist who can safely facilitate difficult family dialogue is an option if a family is uncertain about communicating in the crisis of divorce. Letting go of assumptions and holding on to the possibility of listening and talking is an act of love for every member of the dissolving family. And the lifetime benefits cannot be quantified.