An Affair Is Not the Beginning of the End 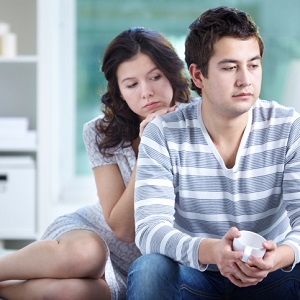 You’ve recently discovered that your partner is having an affair. You find yourself shocked, in disbelief, perhaps enraged, or having an out-of-body experience. You wonder if it is really happening to you. You wonder if you read the email wrong or misunderstood the text message from the “friend” of your spouse. You begin to wonder if your life together has been a lie, and if you really know your partner.

What should you do? What should you not do? As a licensed clinical psychologist and marriage and family therapist, I encounter couples and individuals in this situation frequently. I am often contacted by a new client in a crisis, having just learned about the affair, and feeling conflicted and confused about what to do or where to turn.

The longer I do this work, the more I believe that relationships can survive and overcome an affair. I have heard many individuals in a relationship state their deeply held belief that an affair would end their relationship, that they could not tolerate or live with such a betrayal. But after an affair is exposed, and the partners find themselves in this situation, perspectives can, and quite often do, change; a different type of relationship assessment takes place where the costs and benefits of staying or going are weighed.

Your Feelings Are Normal

Even though it may not feel like it at the time of the affair exposure, your relationship may be able to weather the storm of a partner’s betrayal. Frequently, an affair occurs because the couple’s relationship became strained, unfulfilling, or unrewarding; and in turn an emotional space had been created for another to walk into. Repairing a relationship after an affair is not easy, but it is very possible.

It is not unusual for a betrayed partner to feel a little unbalanced, or for his or her mood to shift from anger to sadness to fear to self-blame and back to anger all in the space of a couple of minutes. All of these feelings are normal and can be expected if a person finds that his or her partner has been unfaithful. It is a very confusing time for both partners in the relationship. Although you may be tempted to take action, to strike first, and do something that would allow you stop feeling so powerless, it is best to not make significant decisions in the hours, days, or even weeks immediately following the affair exposure. The exception is seeking distance and safety if you believe that either you or your partner is at risk of physical harm.

You may find yourself completely shocked by the revelation, or perhaps not shocked at all because your intuition was telling you something wasn’t quite right in your relationship. In the time immediately following the exposure, both partners are usually in a panic, but for different reasons. The hurt partner can feel as though their life has been completely turned upside down, that the person they trusted the most has betrayed them. The unfaithful partner is attempting to calm the angry and hurt partner, while also trying to manage the fallout of the situation. It can be very tempting for the hurt partner to want to strike back and hurt the unfaithful partner as they have just been hurt.

What to Do If You’ve Been Hurt

While these emotional reactions are understandable in the immediate aftermath of the affair exposure, with adequate time and space you might feel differently in a week, and you will most definitely feel differently in a month. You don’t want to make impulsive decisions that may feel right in the moment, but that will only serve to further damage your relationship.

The best response in the initial aftermath of the exposure is to pause and not make any significant decisions about the status or future of your relationship for at least three months. Determining what you want and how best to proceed can be achieved only through creating the time and space for understanding and emotional processing.

In order to remain resilient and stable during the days and weeks after the exposure, I recommend doing the following:

An affair does not have to mean the end to a relationship. Like any other long-term commitment, partners in a relationship affected by an affair should carefully and thoughtfully weigh and consider all of their options before choosing how to proceed.