Admonishing Children with ADHD: Get the Results You Want 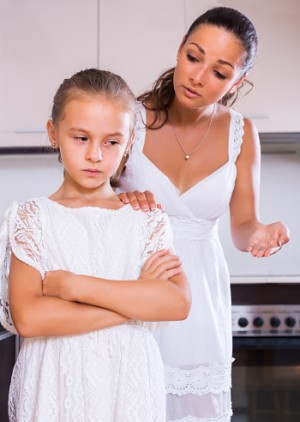 Do you have or care for a child with attention-deficit hyperactivity (ADHD)? If so, how often do you find yourself telling the child not to do something, to stop doing something, or to do something differently?

Most children are accustomed to being corrected or reprimanded by adults, which typically leads to desired behavioral changes over time. But for children with ADHD, repeated reprimands in of themselves are not always helpful in reducing the frequency of unwanted behaviors. In some cases, such children may even develop low self-esteem or negative self-perception as a result of admonishment or corrective critique. This is unfortunate because children with ADHD may not always have full control of their actions due to hyperactivity and impulsivity symptoms.

So what to do if you’re a parent or caretaker of a child with ADHD? The following suggestions may help shape more positive behaviors and decrease the likelihood of negative ramifications from discipline.

When thinking about how to most effectively discipline a child, keep in mind that even when ADHD isn’t a factor, children do not have the same level of impulse control or ability to think about the consequences of their actions that adults typically have. Try to put yourself in the child’s shoes. Would you want someone telling you every five minutes not to do this or that? How would that affect your behavior and your ability to internalize its consequences? And what effect might all the harping have on your self-esteem?