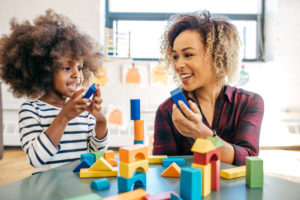 When parents avoid harsh parenting practices, children with ADHD become calmer, according to a study published in Clinical Psychological Science. The study looked at biological measures associated with ADHD, such as unusual heart rhythms. Positive discipline reduced the prevalence of these biological signs of ADHD.

Children with ADHD may engage in a range of behaviors that annoy and frustrate parents. To help parents better manage these behaviors, researchers offered a positive parenting intervention to the parents of 99 preschoolers with ADHD. Half received 20 weekly two-hour sessions of coaching, and half received 10 two-hour weekly sessions.

The sessions focused on positive discipline techniques that reduce reliance on aggressive tactics such as yelling and spanking. They also encouraged parents to adopt more problem-solving strategies. Children also met with therapists who helped them learn to manage emotions such as anger.

Before the coaching, parents and their children participated in a block game that was designed to be frustrating. During the game, parents had to coach their children on how to build block structures while children were attached to equipment that measured their heart rates.

Following the coaching sessions, parents and children again repeated the block task. They found that coaching sessions reduced parents’ reliance on negative and harsh parenting tactics, such as spanking and criticism. Children of parents who used fewer harsh tactics had more typical heart rates. Positive techniques, such as praise, did not change biological measures of ADHD.

Decreases in harsh parenting also improved children’s behavior, suggesting that problematic behavior may be due in part to excessive nervous system activation. The fact that negative parenting could be a partial driver of this activation points to an environmental role for both biological and behavioral symptoms of ADHD. The study’s authors believe harsh parenting may activate the autonomic nervous system in children with ADHD, making their behavior more difficult for parents to manage.

Parents may adopt harsh tactics such as yelling and spanking to help their kids learn the rules. However, a wide range of previous studies provide evidence that harsh parenting harms children. A 2017 study found a link between harsh parenting tactics and risk-taking, juvenile delinquency, and other problematic behaviors. A 2016 study of more than 160,000 children echoed previous research that found a link between spanking and aggression, poor mental health, cognitive difficulties, and other concerns.