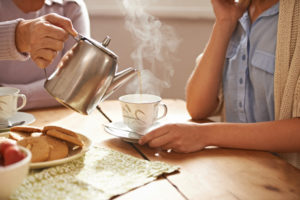 Even small amounts of generosity could make people happier, according to a study published in the journal Nature Communications.

The study, which explored the neural effects of generous behavior, found even a promise to behave generously has the potential to improve mood. The study looked at blood flow to brain regions associated with happiness and generosity rather than other more subjective assessments of mood. It is unclear whether the changes in brain behavior that were measured in the study improved participants’ feelings of well-being.

Each choice required participants to give up some of their money in order to give money to another person. For example, they might decide to give someone 5 francs at a personal cost of 2 francs. These decisions required personal sacrifice in the name of generosity. People were more likely to behave generously when their generosity conferred greater benefits at a lower cost.

Generosity Activates Happiness in the Brain

Brain scans revealed those making decisions about generous behavior had increased activity in three brain regions: the tempoparietal junction, which plays a role in generosity and prosocial behavior; the orbitofrontal cortex, which processes decision-making; and the ventral striatum, which is associated with feelings of happiness.

The researchers say these results suggest simply committing to generous behavior can activate brain regions associated with happiness, and future research could further illuminate the link between happiness and generosity. Researchers might explore how to strengthen the connection between brain regions associated with happiness and generosity. They might also look into whether being generous with the specific intention to increase feelings of happiness is effective.