The Rise of Eating Disorders During the COVID Era 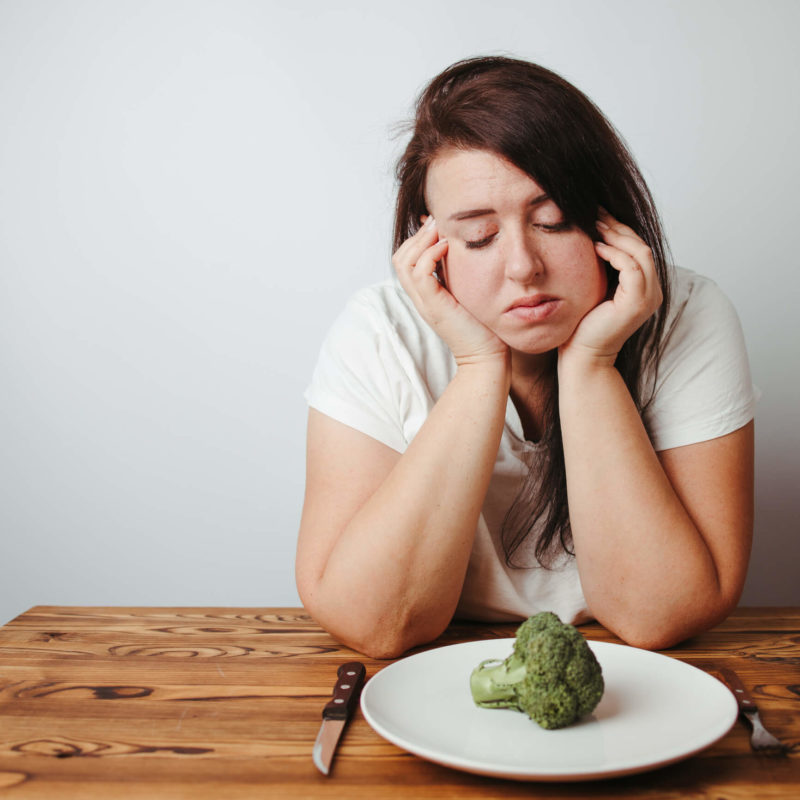 The Rise of Eating Disorders During COVID-19 Era

According to research, some 30 million Americans already had an eating disorder before the pandemic made landfall. Unfortunately, many of these folks’ conditions were exacerbated during COVID-19 lockdowns.

“We have seen roughly a 30% to 40% increase in referrals to our clinic alone,” Dr. Christine Peat, PhD, who works at UNC Chapel Hill’s Center for Excellence in Eating Disorder, recently told MedPage Today.

Indeed, those with eating disorders struggled to keep them in check throughout the pandemic. One report, for example, found that 62% of folks with anorexia and 32% of those with bulimia and binge-eating disorders felt their conditions compound as the virus wreaked havoc across the world.

In particular, it appears that teenage females were particularly affected by this trend, with a 30% increase in hospitalizations among this group, compared to no increase among their male counterparts. Some folks attribute this trend to the rise of social media, and the average teen constantly seeing pictures of models and influencers and developing unrealistic beauty standards.

Since eating disorders can lead to all sorts of serious health issues — up to and including death — it is critical for therapists to understand how these conditions develop over time and the signs that might indicate your clients are struggling to maintain a healthy appetite and diet.

How Do Eating Disorders Develop and What Signs Should I Look for?

According to the National Institutes of Health, eating disorders are serious medical illnesses. Not only can eating disorders affect people of all genders, races, weights, and ages, but they can also develop at any time, though they usually manifest when folks are teenagers or young adults.

Some of the most common signs of eating disorders are when people become obsessed with food, the way they look, and how much they weigh.

Broadly speaking, there are three kinds of eating disorders. Up next, we will briefly examine each of them, as well as the symptoms that may develop in those that are affected.

Anorexia affects those who see themselves as overweight and avoid eating much food in order to shed weight. These folks tend to be very strict about what they eat. While they may become extremely thin, people with anorexia can also have larger bodies. (Interestingly, the negative repercussions of anorexia are comparable regardless of body size.) People with anorexia usually have a distorted image of themselves. Ultimately, they are terrified of gaining weight, so they avoid food.

Depending on how severe the condition gets, they can also suffer brain damage, organ failure, and infertility. Due to this, it comes as no surprise that the NIH says that roughly 10% of anorexia sufferers die from the condition.

Bulimia is a condition that causes people to overeat regularly. In some cases, they feel as though they have no control over what they’re consuming. In order to keep the weight off, many people with bulimia purge after binging by either forcing themselves to throw up or taking laxatives. Others might fast after binging episodes, essentially depriving their bodies of much-needed nutrients.

Some of the most common symptoms of bulimia include a chronically sore throat, swollen salivary glands, worn tooth enamel, and decaying teeth — all of which stem from forcing oneself to vomit. People with bulimia may also experience severe dehydration due to purging and, if they take laxatives to purge, intestinal problems.

Binge-eating is related to bulimia but with one major difference: Binge-eaters do not purge or excessively exercise to lose weight. For this reason, those who are afflicted by this illness tend to be overweight or obese.

How can you tell if someone has a binge-eating disorder (BED)? They eat massive volumes of food in a short period of time, and they tend to consume the food they eat very rapidly. These folks also eat until they are uncomfortably full and often eat in the comfort of their own homes, alone, so no one can see them. Further, people with BED are known to talk about dieting on a regular basis, even though they never lose weight.

To learn more about the effective treatment of eating disorders, explore our CE courses about eating and food issues. Unlimited access to our CE program is included in Premium and Pro memberships and CE Unlimited plans. Anyone can purchase courses a la carte.

Now that you have a better idea of the types of eating disorders and the symptoms associated with each, let’s go over some of the common assumptions people incorrectly make about eating disorders so you can avoid asking clients unfair or inappropriate questions.

With that in mind, here are some common myths about eating disorders to help you start thinking in the right direction.

1. You are overweight or underweight, therefore you have an eating disorder.

Just because someone looks malnourished or overweight doesn’t necessarily mean they have an eating disorder. There are many different reasons why people’s bodies might look the way they do other than eating disorders. For example, someone taking prednisone might develop facial swelling (also known as “moon face”). While they may look like they’ve suddenly gained a lot of weight, that change can be attributed to the steroid — not binge-eating.

In other words, the way someone looks isn’t enough information to determine whether they might have an eating disorder. There are too many other potential variables that might impact their appearance.

While it’s true that most of those who have eating disorders are women, WebMD says that 15 percent of all cases are attributed to men. That being the case, you shouldn’t automatically assume that your super-skinny or super-overweight male client does not have an eating disorder.

Some folks think that if you have anorexia, bulimia, or binge-eating disorder, you’re going to have it for the rest of your life.

Simply put, that’s not the case. By locking into the right treatment and being determined to make significant lifestyle changes, it’s possible for anyone who suffers from an eating disorder to change the way they perceive the world and reclaim a new, healthy lifestyle.

Remind Your Client They Are Not Alone

Millions of Americans across the country have eating disorders, and millions more know someone who does. This can be a comforting thought for someone dealing with an eating disorder; they are not alone.

It’s important to gauge the severity of the situation. Whatever you do, don’t take eating disorders lightly. Once you’ve got a handle on what your client is facing, remind them to take a deep breath and let them know that these illnesses can be resolved, and therapy is one of the best ways to start on that healing journey.

Seeking out a therapist who is well-qualified to treat eating disorders is important because, unfortunately, not every therapist is aware of the prevalence of eating disorders and what to look out for in those who are potentially affected by them. If you’re not one of those therapists, consider becoming one.

This is a great opportunity for forward-thinking therapists who are aware of the latest trends in mental health to provide meaningful value to clients who are suffering from these potentially life-threatening conditions that have been made worse by the pandemic. On top of receiving counseling, folks can also overcome eating disorders by working with nutritional counselors and potentially taking medications.

Not sure whether your client has an eating disorder? Here are some questions you might want to ask to determine that answer:

Equip Yourself to Do the Work

There’s no doubt we need mental health professionals who can meet the rising needs of people with eating disorders. If you aren’t informed about these topics, there’s no time like the present to learn.