LGBTQ+ Youth Suicide: As Serious As It Is Preventable 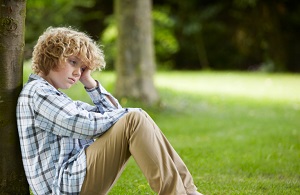 Suicide in the United States has increased dramatically in the past 50 years, particularly among the old and the young. The leading cause of death among young people, suicide has increased 300% among 15- to 24-year-olds.

Among young people, LGBTQ+ (lesbian, gay, bisexual, and transgender) and gender-nonconforming kids are more at risk than others. LGBTQ+ teens are two to five times more likely than their peers attempt suicide. A study in the journal Pediatrics in 2011 found 21.5% of their LGBTQ+ youth respondents had attempted suicide, compared to 4.2% of non-LGBTQ+ respondents. Within this group, gender-nonconforming kids are more at risk than gender-conforming ones.

Why is this population so much more at risk? Two main reasons: lack of parental support for their gender/sexual identity and school bullying. An alarmingly high number of LGBTQ+ teens are rejected by their parents—urban shelters are packed with kids forced to leave home because of parental rejection—and LGBTQ+ kids are physically abused by adults in their families more frequently than other children. The consequence of this lack of parental support is significant. Studies have shown having the support of parents is a buffer for teens against the criticism and judgment of the world outside the family. Another study found gender-nonconforming children who are supported by their parents develop fewer behavior problems than those whose parents tried to punish or suppress their gender expression. Psychologist Caitlin Ryan’s work shows LGBTQ+ children who feel loved and accepted by their parents are more hopeful and far less likely to attempt suicide than queer young people who feel rejected—and they are even more likely to practice safe sex. Rejection by parents remains a powerful motive, perhaps the primary one, in triggering suicide among queer and trans young people.

School bullying is the second special risk factor for LGBTQ+ youth—see Emily Bazelon’s Sticks and Stones for an excellent summary of the research. The prevalence of bullying in middle school and high school is shockingly high for all kids, but it is ridiculous for LGBTQ+ kids—most surveys agree 85% to 90% report being verbally harassed at school, 40% report being physically harassed, and 20% report being physically assaulted. The link between bullying and suicidality in young people is well established: bullied kids are up to five times more likely to try suicide. Among LGBTQ+ kids, those who are gender nonconforming are by far at the most risk of being bullied—they “stand out” the most, are visibly “different,” and therefore trigger the most negative reactions from others. In particular, boys who express their gender in ways considered stereotypically feminine experience especially harsh stigmatization by peers. I have seen many, many cases of severe posttraumatic stress in gay men who expressed themselves in a feminine way as children.

Isolation is a known risk factor for suicide, and many LGBTQ+ kids feel both ostracized by peers and isolated from others who are like them. Isolation is often very dependent on geography, although the Internet has greatly helped lonely teens connect with each other for cyber support.

Finally, transgender youth have needs for special medical intervention that start in early puberty; the rate of self-harming and suicidal behaviors among trans kids increases dramatically as their bodies more and more take on the characteristics of the unwanted gender. Norman Spack, MD, who runs a clinic for these children, reports that most of the suicidality and self-harming behavior disappears once they receive proper medical intervention. In addition, trans kids who transition during middle or high school often have to cope not only with bullying peers but also with intransigent school administrators who refuse to change names, pronouns, or make bathroom accommodations.

How can we change this? How can we reduce the risk for our young people? To an extent, it’s already happening. Over the past 30 years of my practice, I’ve seen a huge shift in the attitudes of the parents of LGBTQ+ and gender-nonconforming kids. Today’s parents have much more flexible notions of gender and are much more accepting of same-sex relationships—as shown by their overwhelming support for gay marriage. The idea of having an LGBTQ+ child is no longer a horrifying possibility for many parents, and many educated young parents in particular would not dream of shaming their male child for liking dresses or their girl for refusing to wear them or a non-binary child for rejecting gender stereotypes altogether. This trend will only continue and grow stronger. You can help in your personal life by educating those around you.

Although some parental rejection comes from strict religious beliefs, much also is predicated on the belief that the child has chosen to be gay or transgender, and that they can change. The “reparative therapy” that some parents subject their children to also is predicated on this idea, that homosexuality is a curable disease. Like Lady Gaga, you can trumpet the “born that way” message to others. And if you know a family wherein the parents are rejecting their LGBTQ+ child, by all means speak up and let the parents know the statistics about LGBTQ+ suicide and the importance of family support. Many parents just don’t understand that they put their child in harm’s way by being disapproving.

The area we need to work on the most is the school systems. Anti-bullying laws—and the general consciousness about bullying—are helpful. But it is not enough. If we want to stop bullying, we need to educate all children in a radically different way. As Bazelon says, “Schools have to teach not just tolerance of an alternative lifestyle … but acceptance” (p.158). Non-heterosexual and transgender people have to be seen as the equals of heterosexual and cisgender people. And unconventional gender expression has to be destigmatized. Bazelon again: “The point isn’t to push more boys to play with dolls or more girls to play football. It’s to free the few who want to from peer condemnation.” In other words, to stop bullying of LGBTQ+ kids, get to the root of the attitudes that make them likely victims in the first place. And the attitude change has to start with school administrators and teachers. Lately, at IPG we have been observing how schools handle transgender students. We have seen schools where administrators, teachers, parents, and students alike embraced these kids and made them feel safe and cared about. And we have seen trans kids literally made suicidal by the callous, cruel, ignorant culture of other schools.

The isolation of LGBTQ+ young people can be alleviated by the proliferation of GSAs (gay-straight alliances) in high schools and youth groups in the community. Many Pride Centers also have programs for youth. And libraries can help by being knowledgeable about how young people can access online support and get accurate information. Finally, we can make sure all queer kids have access to affirming mental health care and that all transgender ones have access to medical resources.

LGBTQ+ youth suicide rates are more than alarming: Although this group makes up no more than 10% of the population, they account for 30% of youth suicides. But the good news is the reasons for LGBTQ+ suicide are not mysterious or hidden, nor are they the result of “mental illness.” They are related to lack of parental support, bullying at school, isolation, and lack of access to medical care (for trans kids). These may be big problems to tackle, but they are concrete, identifiable, and correctable.