Social Validation Is One Benefit of Legalizing Same-Sex Marriage

May 3, 2013 • By Jen Wilson, GoodTherapy.org Correspondent 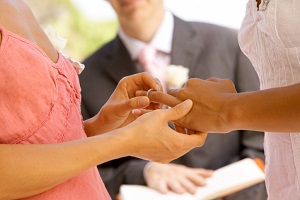 The legalization of same-sex marriage has been a hot topic across the globe in recent months. Canada, Australia, and the United States are a few of several countries rallying to legalize same-sex marriage. According to Joanna Fishman, director of the Associated Relationship and Marriage Counselors of Sydney, Australia, a legal declaration of marriage is critical to the emotional well-being of same-sex couples. If same-sex couples are permitted to have legal unions, they would be able to share in the same opportunities that heterosexual couples have, including shared insurance benefits, asset distribution, and public recognition. But, they would also be able to have a social validation of their relationship.

“Marriage celebrates the relationship and, for many couples, is a way to solidify and enhance their bond,” says Fishman. In addition, legal marriage allows couples to feel more secure and accepted inside and outside of the relationship. By prohibiting same-sex couples from marrying, Fishman argues that society is discriminating against them, suggesting they are not equal to heterosexual couples. She notes that many psychologists have discovered that same-sex relationships are just as stable as many heterosexual relationships, and that children who grow up in these environments have the same chance at happiness as children of heterosexual couples.

The debate, which is extremely heated, can also be problematic. There are a number of negative comments being made about same-sex couples during the war for and against legalizing same-sex marriages. Fishman recommends that same-sex couples focus on the positive things that are being revealed, such as the growing momentum in support of this type of union and the success stories from those who have been fortunate enough to have their marriages legalized. This will protect same-sex couples from the stress that can arise from hearing so many negative things said about a topic so dear to their hearts.