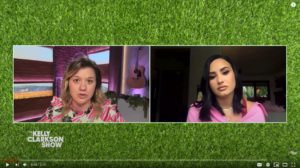 We’ve seen time and time again celebrities dealing with their struggles, and as the status quo shifts, more celebs are coming forward with their stories to reduce stigma and be a sounding board for mental health awareness.

The Truth Behind Fame

Often, when we think of a celebrity, we assume they’ve got it all, right? From their expensive cars, fancy homes, lavish vacations – why would they have anything to feel unhappy about.

They have access to so much mental and physical support. But the truth of the matter is that they are human too, and feel the same feelings and emotions you do too. No matter how much treatment or therapy they partake in, their journey is unique and personal to them too, just as it is for anyone out of the celebrity realm.

In 2018, Bazaar wrote an article detailing 39 Celebrities Who Have Opened Up About Mental Health. Of the many celebrities sharing their personal struggles with mental health, singer-songwriter Adele stated “I can slip in and out of [depression] quite easily,” Adele told Vanity Fair. “I had really bad postpartum depression after I had my son, and it frightened me,” she said. “I didn’t talk to anyone about it. I was very reluctant…Four of my friends felt the same way I did, and everyone was too embarrassed to talk about it.”

Ellen DeGeneres was also quoted saying “When I walked out of the studio after five years of working so hard, knowing I had been treated so disrespectfully for no other reason than I was gay, I just went into this deep, deep depression. It’s so corny but it’s true. You have no idea where the darkest times of your life might end, so you have to just keep going.”

Kerry Washington also said “I say that publicly because I think it’s really important to take the stigma away from mental health,” she told Glamour. “My brain and my heart are really important to me. I don’t know why I wouldn’t seek help to have those things be as healthy as my teeth. I go to the dentist. So why wouldn’t I go to a shrink?”

If you or someone you know are struggling with depression or anxiety, reach out to a therapist to prioritize your mental health today.