6 Ways to Embrace Conflict and Keep Your Relationship Strong 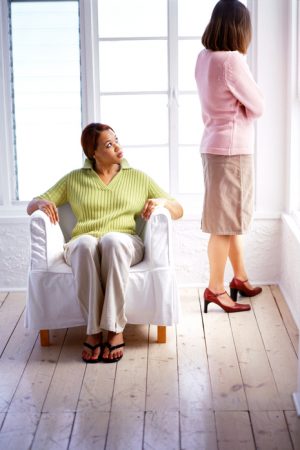 As a couples counselor, few things worry me more than a couple whose hot conflict has cooled to a long and icy silent treatment. Barring any kind of violence, this is one of the four signals the relationship is coming to an end (Gottman, 1994). A lot of couples are surprised to learn this, because they somehow believe that unspoken resentment is better than conflict. While neither is ideal, if I had to choose one, I would choose a (respectful yet) hot conflict over icy cold resentment any day.

Why? Conflict is a signal the couple still cares. Partners are still open to sharing their viewpoints. They are still engaged and trying, albeit in less-than-effective ways. They haven’t shut each other out entirely. We can work with that!

A couple in cold-shoulder territory may have more work to do to reengage emotionally in the relationship. It’s likely they have made some negative, internal resolutions about each other and about the relationship that will need to be overcome. It’s a bit more of an uphill battle if one of the parties clings tightly to those beliefs. However, when both partners are engaged in the process of healing, there are a lot of reasons to be hopeful about the relationship’s future.

The reality is that even the most compatible couples can experience ongoing conflict. In fact, research shows that more than two-thirds of the problems in a relationship will be enduring ones (Gottman, 1994). That’s right: two-thirds of relationship issues will never be fully resolved, even in happy, stable relationships.

So how do happy couples deal with inevitable conflict? They make an active effort to stay emotionally connected while they manage it. Relationship research suggests that couples who keep trying, collaborate, and discuss their conflicts fare better than those who avoid conflict, “turn away” from their partner (as John Gottman calls it), and turn to the silent treatment.

Forgetting (or choosing not) to turn toward a partner for that emotional connection might tempt either or both partners to turn outwardly—to other people, activities, or even substances to fill that emotional void. This is a wide-open space for infidelity or self-defeating behaviors to emerge that only further harm the relationship.

Partners who employ silent treatment tactics are skipping opportunities for emotional connectedness. Emotional connection can often be the glue that holds a relationship together. Think of the urge for emotional connection this way: it’s like feeling hunger pangs, but instead of doing the work to prepare a meal, you decide to skip it altogether. Like hunger, you can probably ignore your emotional needs for a short time before you start sensing cues that something is missing. That missing connection will continue to beckon until you act on it. Eventually, the urge will become irresistible.

Forgetting (or choosing not) to turn toward a partner for that emotional connection might tempt either or both partners to turn outwardly—to other people, activities, or even substances to fill that emotional void. This is a wide-open space for infidelity or self-defeating behaviors to emerge that only further harm the relationship.

Tips for Embracing Conflict in Your Relationship