5 Things You Should Know about Non-Suicidal Self-Injury 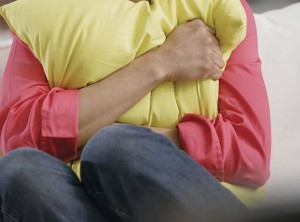 Confusion, anxiousness, hurt, disappointment, and anger may be among the feelings parents experience if they discover that their teen is self-injuring. The teen, too, is likely experiencing negative thoughts and emotions. The following provides a description of non-suicidal self-injury, risk and protective factors, and suggestions for how parents can and should not respond after discovering that a teen is engaging in self-injurious behavior.

1. What Is Non-Suicidal Self-Injury?

Non-suicidal self-injury (NSSI) is an intentional injury to one’s own body with the absence of suicidal intent. People who engage in self-injury typically do not intend to die by suicide and tend to deny suicidal ideation was present while engaging in a self-injurious act. It may also be called self-harming, self-injury, or self-mutilation. It is a coping skill often associated with depressive symptoms, self-criticism, and difficulty accessing or regulating feelings. It exists in different forms, including burning, cutting, biting, hair pulling, scratching, or pinching the skin to obtain a sense of relief from strong emotions that may feel overwhelming. The self-injuring behavior creates a release of endorphins, the “feel-good” neuropeptide sometimes associated with “runner’s high.” Although NSSI is distinct from suicidal behavior, it is a risk factor for possible suicide attempts.

2. How Does NSSI Begin and Who Is Most at Risk?

The fifth edition of the Diagnostic and Statistical Manual of Mental Disorders (DSM-5) says that NSSI tends to start during the early teen years, generally peaks by late twenties, and then declines. Research shows mixed results regarding risk factors, such as trauma, that may lead to NSSI, and protective factors that may help prevent it. The DSM-5 suggests that individuals often learn of self-injuring behaviors from someone they know and may try the behavior themselves. People using self-injury may be doing so as a form of self-punishment for something they feel is deserved, because the behavior reduces upsetting feelings or reduces upsetting thoughts, because the behavior results in desired attention from a specific person, or to demonstrate feelings that are difficult to express. One protective factor is providing adequate social support from friends and family. Increases in negative self-talk and a depressed mood suggest greater risk of NSSI and suicidal behavior.

3. What Can I Do to Help My Teen If He or She Self-Injures?

Parents of a teen who self-injures can:

4. What Should Parents NOT Do When They Learn Their Teen Is Self-Injuring?

The following behaviors can lead teens to shut down or escalate an already tense situation:

5. How Can Professional Support Help?