3 Steps to Stopping Negative Thoughts in Their Tracks 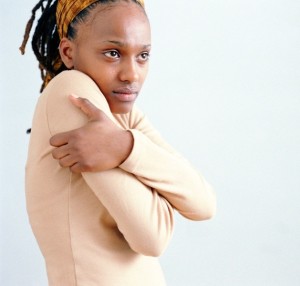 Do you find yourself on the never-ending merry-go-round of negative thoughts? You know how it goes: you can’t stop thinking the worst, knowing you’ve screwed up somehow or that the other shoe is about to drop. Maybe you analyze yesterday’s parent-teacher conference, certain that your child’s teacher thinks you are an idiot because you couldn’t figure out how to help with “new math.” Or perhaps you ruminate on the snarky comment your sister made about your new haircut. The negative ticker tape that continues to play in your head can wreak havoc on your mood, your outlook on life, and your health.

It would be impossible not to think a negative thought from time to time—neither would it be mentally balanced. Some of the time, negative thoughts help us view a situation with proper perspective and neutrality. But for some people, negative thoughts dictate, making it difficult to make decisions, choose relationships, work productively, and cultivate a sense of peace within. The soundtrack of negative thoughts becomes destructive, and when thoughts become obsessive, we need to stop the pattern and re-evaluate. An important distinction should be noted: negative thoughts can signal depression, and should be evaluated, but for this article I am discussing negative, ruminating thoughts independent of a diagnosis.

How do you know when your thoughts are negatively impacting your life and you’ve lost objectivity? Do/Are you:

If this sounds like you, getting help may change your dark lens. Dominantly negative people often become bitter, resentful, fearful, and full of shame—all feelings that erode peace within. Balanced people see the flat tire, think a negative thought, then get busy fixing the tire or calling for help. This is not to say that flat tires, snarky comments, or poor work evaluations don’t bother balanced people, but they have a quicker time resetting their perspective than dominantly negative people. For balance to be present, there must be positivity, hope, and reason.

If your negative thoughts are hurting your outlook, here are some positivity-grabbing tips to consider:

Using these tips is a great way to slow or stop the constant harassment of negativity. If you can cultivate a new perspective to look at life’s events in a more balanced way, you’ll find yourself happier and healthier.