1 in 4 Children Exposed to Weapon Violence, and Other News 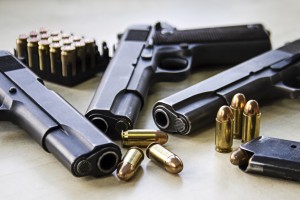 The tragic Charleston church shootings have renewed debates about gun control in the United States. A new study published in Pediatrics may contribute to the dialogue by exposing the link between weapons and mental health. Researchers pulled data from the Second National Survey of Children’s Exposure to Violence, focusing on 4,114 children aged 2 to 17.

To assess the link between weapon victimization and poor mental health, researchers used questions from the Juvenile Victimization Questionnaire. The team found that more than one in four children were exposed to weapons-related violence at least once. Children who had been exposed to multiple acts of weapon violence were more likely to report exposure to a deadly weapon, such as a gun or knife. Boys were slightly more likely, at 23.9%, than girls, at 18.4%, to experience such victimization. Indirect victimization—the experience of witnessing an attack—was more common, but it was also frequently more traumatic.

The researchers suggest that the mere presence of a weapon, even when it is not used to injure someone, can greatly increase the fear and trauma associated with an attack.

The news coverage of Sandy, the massive storm that devastated much of the Northeastern United States in 2012, may have died down, but for many survivors of the storm, effects linger in the form of nightmares, weather-related fears, and ongoing fights with insurance companies. Giant storms, which are becoming more common as a result of climate change, have the power to negatively impact the mental health of thousands of people: They often cause trauma, the loss of loved ones, destroyed property, and financial challenges, all of which may be detrimental to mental health.

Public health campaigns frequently emphasize the perils of postpartum depression, but it is not just mothers who experience mental health issues after the birth of a child. The UK’s largest parenting charity, NCT, conducted a survey of new parents and found that two in five new fathers are concerned about their mental health. Sleep deprivation, a change in relationships and responsibilities, and alterations in lifestyle can all affect fathers’ mental health.

Study Says Cat Videos Are Good for You, So Enjoy These Favorites

A survey of almost 7,000 people—only 36% of whom characterized themselves as “cat people”—found that watching cat videos helped viewers feel less anxious and more energetic. It is possible that these videos, even when viewed as a form of procrastination, may help viewers tackle challenging tasks later. So enjoy the next adorable kitten video that appears on Facebook.

An analysis of nine studies of the link between anxiety and a sedentary lifestyle has found that as physical activity decreases, anxiety increases. A sedentary lifestyle slows the metabolism, which may affect anxiety, but insufficient activity can also disrupt sleep patterns or lead to social withdrawal.

You might think that constantly monitoring the scale harms self-esteem or motivation, but a Cornell University study suggests otherwise. The two-year study found that dieters who daily weighed themselves and recorded the results on a chart were more likely to keep off the weight they lost.

Controlling a robot with your thoughts might seem like fodder for science fiction, but this technology could change the lives of those coping with paralysis, blindness, and similar challenges. Researchers recruited nine individuals who experienced one of these challenges and 10 who did not to undergo training to control a robot with their thoughts. At the end of the training period, each of the 9 participants who had a disability was able to control the robot using his or her thoughts.

The legal benefits of same-sex marriage are inextricably linked to psychological benefits such as increased financial and emotional security, experts say. Marriage offers social and emotional support, a sense of shared purpose, and hope for the future. For same-sex couples seeking marriage rights, then, marriage may improve mental health and relationships.