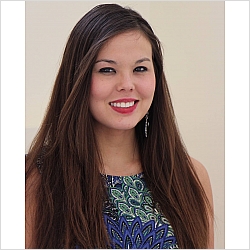 Sophia is a board-certified Licensed Clinical Social Worker who is originally from Pflugerville, Texas. Sophia has been living in New Braunfels, Texas for over 5 years. Sophia received her undergraduate degree in psychology and minor in sociology as well as her master’s degree in social work at the University of Texas at San Antonio.

Sophia’s journey started as an intern delivering social services and case management for the Jewish population in the San Antonio area. Sophia then began working in an inpatient psychiatric hospital working with various populations’ ages ranging from 18 to older adults battling with various diagnoses including anxiety, depression, mood dysregulation, and chemical dependency. Sophia then spent the next five years working with clients with renal failure, diabetes, and other extensive health conditions in the medical field. Sophia has felt called to psychotherapy to help clients find their inner voice and recognize their strengths to overcome life’s many challenges. Sophia uses a culturally competent approach utilizing the strengths perspective as well as cognitive behavioral therapy.

During her free time, Sophia enjoys spending quality time with her family, being social with others, being outdoors, and spending time with her dachshund “Slinky.”

“I define connection as the energy that exists between people when they feel seen, heard, and valued; when they can give and receive without judgment; and when they derive sustenance and strength from the relationship.” -Brene Brown"

Ages I Work With

See other therapists in Irving, TX.

Got it
GoodTherapy uses cookies to personalize content and ads to provide better services for our users and to analyze our traffic. By continuing to use this site you consent to our cookies.