Getting Help for Obsessions and Compulsions 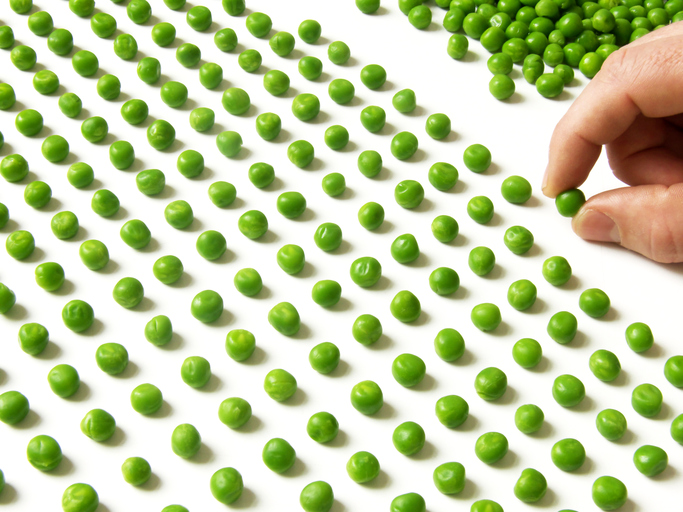 In the United States, around 1.6% of adults will meet the criteria for obsessive compulsive disorder (OCD) in their lifetimes. Obsessions are intrusive thoughts that cause distress. Compulsions are repetitive actions a person feels they must do. Someone with OCD has both obsessions and compulsions that interfere with everyday life.

Although obsessive-compulsive behaviors can be debilitating, the condition is treatable. People with OCD can receive help through therapy.

How Therapy Can Help With OCD

Psychotherapy for OCD usually includes both cognitive behavioral therapy and exposure and response prevention (ERP). If an individual has multiple obsessions, therapy typically focuses on one theme at a time.

In ERP, the person in treatment confronts their obsession. They then avoid acting on the compulsion. The therapist helps the individual work through the resulting anxiety. For example, someone with a symmetry obsession may be asked to roll one sleeve up, then refrain from evening out the other sleeve.

Cognitive behavioral techniques can help put obsessions into perspective. In therapy, a person can learn to recognize unrealistic and distorted thoughts. They may also develop tools to cope with distress without resorting to compulsions.

At first, the therapist only asks the person to delay their compulsions for a short period. As therapy progresses, the gap between exposure and response grows. Ideally, as a person grows desensitized to the obsession, their urge to do compulsions will decrease.

Getting Help for Distressing Thoughts

Sometimes people have intrusive thoughts about forbidden acts. Obsessions could include yelling slurs, hitting a child, or cheating on a spouse. The thought may go against a social taboo, or it may break one’s personal code of ethics.

People with “forbidden” obsessions often feel guilt for having such thoughts. They may worry about losing control or being secretly “bad.” But they are unlikely to do the feared actions, even unconsciously. When people with OCD do act on impulse, they often engage in body-focused repetitive behaviors (BFRBs) such as hair pulling.

People with OCD are not any more dangerous than the general public. But obsessions can be stressful in themselves.  ERP can help many individuals address their symptoms.

In some cases, a person may be unable to confront their fear directly. Someone worried about poisoning their family cannot ethically act out that scenario. These cases may be better treated through other forms of exposure therapy.

In imaginal exposure, a person imagines the feared situation in detail. A therapist may use audio tapes or short stories as prompts. In virtual reality exposure, a person might play a simulation to act out forbidden impulses on characters who can’t feel pain.

Exposure therapy is often helpful for treating pure obsessional OCD. With practice, a person can see “proof” they will not act out if they ignore their compulsions. Mindfulness techniques can also help a person cope with unwanted thoughts.

How Parents Can Help Kids With OCD

Like adults, children with obsessions and compulsions are often treated with ERP and cognitive therapy. Since OCD triggers are often present in daily life, a therapist may ask children to practice coping strategies at home. Caregivers may need to help kids with these assignments.

For example, one parent may help the child write a story about their forbidden thoughts. Another may monitor a child to make sure they wash their hands only once before dinner. Even giving sympathy after a hard day can help.

Here are some strategies parents can use to support a child with OCD:

Some people with OCD take medication in tandem with therapy. A psychiatrist will likely prescribe a selective serotonin reuptake inhibitor (SSRI). These medications help the neurotransmitter serotonin travel through the brain more easily.

These medications may take 8-12 weeks to begin working. A person with OCD will likely need a higher dose than someone taking these drugs for depression. Common side effects include nausea, drowsiness, and weight changes, among others.

Experts recommend consulting one's care provider before abandoning a medication. If a person suddenly stops taking a drug, they may experience withdrawal effects. In other words, their OCD symptoms may temporarily get worse. It is generally safest to wean oneself off the drug under professional supervision.

Therapy is meant to be a place free of judgement. No matter which OCD symptoms you have, the rules on confidentiality still apply. A therapist cannot tell your spouse or your boss about your obsessions, regardless of what you are thinking about those people.

A therapist will not call the authorities simply because you have intrusive thoughts. Most people have unpleasant or unwanted impulses on occasion.  Very few intend to act on those urges. To be considered a threat, you must have a desire and a plan to harm others (or yourself).

If a therapist specializes in OCD, chances are they have encountered your symptoms before. No matter how terrible a thought may seem, someone else has likely had it. You do not need to let shame or guilt prevent you from getting treatment.