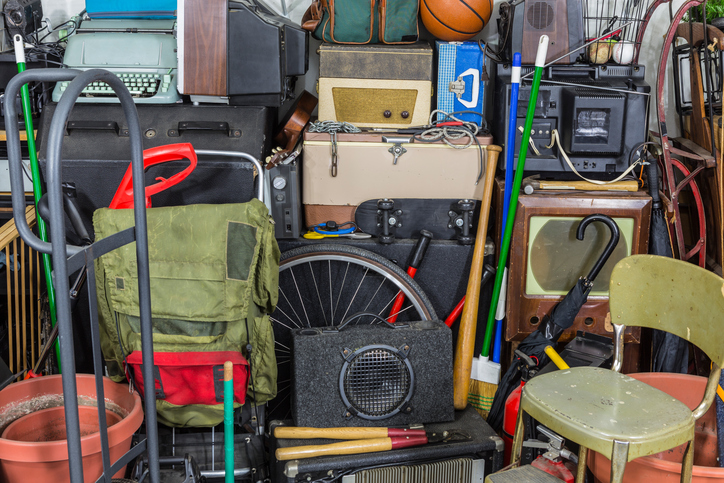 Hoarding is a condition in which people collect large quantities of objects. This clutter often interferes with healthy functioning and the use of one's home. It can also harm one's quality of life and/or relationships with others. Despite this harm, a person who hoards may panic at the thought of throwing things away.

Around 80-90% of people who hoard also engage in “excessive acquisition.” In other words, they gather lots of items to fill their home with. Someone may buy items in bulk before they are needed (for example, buying 100 rolls of toilet paper). Another person might be gather free items such as coupons. Stealing items is much rarer.

People who hoard often experience positive feelings when obtaining items. They may grow distressed if they are unable to gather more objects. They can also become upset when thinking about the items’ disposal. Even when they wish to stop, they may feel compelled to continue hoarding objects.

Hoarding is different from a collecting hobby. Collectors often keep their objects organized for display rather than cluttered around the house. A collecting hobby is unlikely to reduce one’s quality of life to the same extent as hoarding.

What Do People Hoard?

People who hoard may collect a wide variety of things. The most common objects include books, magazines, clothing, bags, boxes, mail, and paperwork. Yet any item can be hoarded.

The value of the objects can vary. Some items might be objectively useful but collected to excess. Other items might be rotten food or broken knickknacks. Occasionally a person will collect valuables such as jewelry. The valuables are often mixed in with less precious items.

Sometimes the hoarding is limited to a specific type of object, such as dolls or computer parts. Other people hoard seemingly random items. Even when the items are “garbage,” a person can experience severe distress at the thought of throwing them away. 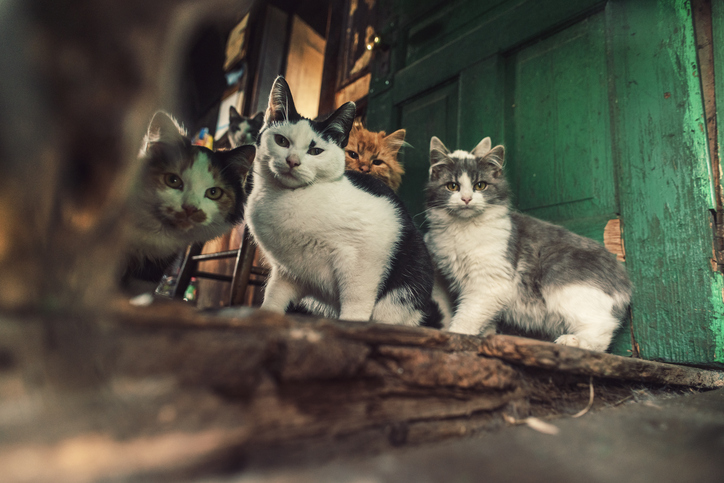 Up to 40% of people who hoard objects also hoard animals. These individuals generally begin to “collect” animals out of good intentions. They may wish to prevent a pet from euthanasia or poor living conditions. Over time, they may own tens or hundreds of animals.

Animal hoarding can put humans in danger. Owners may become ill from the odors of urine and feces. They often ignore their own basic needs and put all their resources into caring for the animals.

The amount of care and supplies these pets require eventually overwhelms most people. But due to the nature of their condition, they can struggle to part with any of the animals. They may fear the animals will not receive adequate care elsewhere. Many people are in denial that they themselves are neglecting their pets.

Despite good intentions, the owner often fails to give the animals a safe home. Neglect can leave many animals starving or sick. Dead, dying, or diseased animals have been found in 80% of animal-hoarding homes. An individual may not realize their pet is dead due to overcrowding.

Why Do People Hoard?

Studies show people who hoard tend to have stronger emotional ties to objects. Although it is common to be sentimental about a childhood toy or a lucky charm, certain people assign the same value to everyday items. They often feel more attached to those objects as well.

In some cases, people may assign feelings to objects. For instance, someone may avoid donating a doll collection because they don’t want to “hurt the dolls’ feelings.” In such cases, disposing of items can cause severe guilt and grief.

Indecisiveness is heavily linked to compulsive hoarding. Individuals may wish to organize their things but be unable to decide where everything will go. They often struggle to put their possessions in categories, believing each item is too unique to classify. They have little difficulty organizing others’ things though.

For people who hoard, choosing which objects to throw away can cause great anxiety. Brain scans show an increased sense of risk regarding their own possessions (but not others’ belongings). Many people worry they will throw away an object they will need later. They avoid making decisions by keeping everything.

Research shows hoarding often runs in families. Roughly half of people who hoard have a relative who also hoards. Twin studies suggest there is a genetic basis for many cases of compulsive hoarding.

Some people blame their hoarding behavior on poverty. They say they are being “thrifty” in reaction to a period of hardship. Research shows little support for this idea. Yet traumatic loss, such as the death of a parent, can lead to hoarding. In such cases, objects may offer a sense of stability and comfort.

Hoarding can harm one’s well-being in several ways. A person who hoards can be at risk for the following: 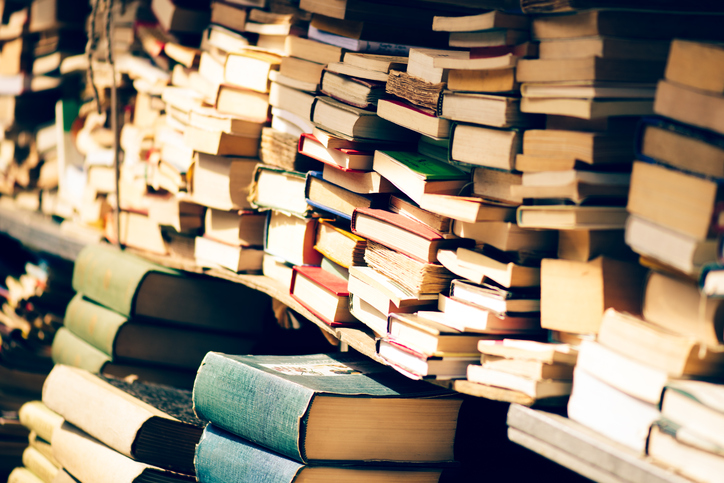 In the past, hoarding was thought to be a type of obsessive-compulsive condition (OCD). Yet research has shown the two conditions have distinct patterns and symptoms. In general, people with OCD don’t have emotional attachment to items. They often hoard objects out of fear something bad will happen. Also, intrusive, obsessive thoughts are not usually present in hoarding.

That said, OCD and hoarding can have similar symptoms. For instance, someone with OCD may hoard items they touched to prevent other people from being contaminated. The two conditions can also occur at the same time. Research shows nearly one in five people who hoard may have non-hoarding OCD symptoms.

Co-occurring conditions often make hoarding symptoms worse. Thus, therapy for hoarding often addresses the other conditions as well. Many therapists aim to treat the whole person rather than targeting only visible behaviors.

If hoarding behaviors develop as a result of dementia or brain injury, the person does not qualify for a hoarding diagnosis. In these cases, clutter is often due to neglect and cognitive issues rather than material attachment. These people can also benefit from therapy, but their treatment will likely differ from therapy for compulsive hoarding.

Hoarding Across a Lifetime

A person might begin hoarding as early as their teen years. Since adolescents often live with parents, symptoms can be more difficult to spot. Caregivers may clean the room and throw items away for the child. Some people may not experience functional issues until they live on their own.

Hoarding symptoms become more prevalent with age. They are three times more common in adults ages 55-94 than adults ages 34-44. Most people who get treatment for compulsive hoarding are in their 50s.

Due to the accumulation of clutter, the condition often grows worse over time. Hoarding behaviors typically persist unless they are treated. A mental health professional can help an individual who feels ready to de-clutter.