Margaret Floy Washburn was an early 20th century psychologist who conducted extensive research on animal behavior and motor development. She was the first woman to earn a PhD in psychology.

Margaret Floy Washburn was born in New York City on July 25, 1871. She began college at the age of 16 and soon became a member of the Kappa Alpha Theta Sorority at Vassar College in Poughkeepsie, New York. When she graduated from Vassar in 1891, she wanted to study at Columbia University. At that time, women weren't generally permitted in graduate programs; Washburn was permitted to sit in on classes at Columbia as an observer. She went on to attend the Sage School of Philosophy at Cornell to work with experimental psychologist E.B. Titchener, who founded the theory of psychological structuralism. Washburn was responsible for all experiments and research. She earned her master’s degree in 1893, and one year later, she made history as the first woman to earn a PhD in psychology.

She spent six years teaching psychology, ethics, and philosophy at Wells College for women, two years as warden at Sage College for women, and one year leading the psychology department at the University of Cincinnati. Ultimately, Washburn returned to Vassar in 1903 as an associate professor in psychology. She advanced to professor of psychology in 1908, and she remained there until a stroke necessitated her retirement in 1937. Washburn was active in the American Psychological Association, and she served as president for the association in 1921. She was also a member of the National Research Council and the second woman to be elected to the National Academy of Sciences. Washburn died in 1939.

As one of the earliest women to enter the field of psychology, Washburn served as evidence that women could effectively contribute to the field. She extensively studied animal behavior and argued that animals' mental states should be studied alongside their behavior. She outlined these arguments in her 1908 book, The Animal Mind. The book was widely popular and heavily researched, outlining numerous experiments in animal psychology, consciousness, and behavior. Unlike some of her contemporaries, who focused primarily on rodents, Washburn examined the behavior of over 100 different animal species.

Washburn was interested in learning how mental states could be revealed through visible behaviors, and this led to intensive study of motor development. She argued that conscious thought was evident in behavior; in other words, all mental functions produce physical reactions. Her book Movement and Mental Imagery introduced her theory regarding the correlation between mental processes and motor skills. Similarly, Washburn believed that psychology should include the study of behavior and consciousness—a radical notion that blended two popular schools of thought on psychology at the time: introspectionism and behaviorism. She wrote more than a hundred scholarly articles on topics including memory, experimental psychology, animal behavior and psychology, consciousness, spatial reasoning, and individual differences in behavior.

Unlike many psychologists of her time, Washburn rejected much of psychodynamic theory, arguing that it was too speculative. Instead, she embraced elements of functionalism, Gestalt psychology, and behaviorism, though her work in animal cognition undermined some tenets of traditional behaviorism. 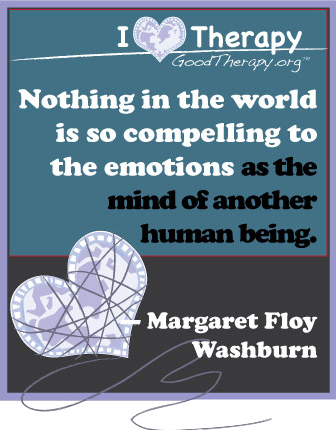