Melanoma: How Repressing Anger Can Cause Cancer 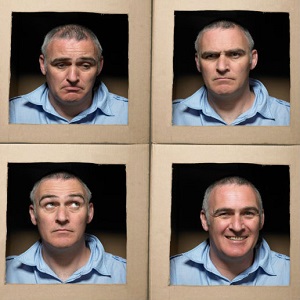 Elijah nicked a mole on his upper lip while shaving one morning. He covered it with tape and went on with his busy day. Managing his fine arts import company and finding distributors that would sell the fine porcelain gave him enormous pride and self-esteem. He enjoyed making a reality out of the unpredictable nature of the business. Rain or shine, sick or not Elijah never missed a day. He always had his finger on the pulse of every part of the trade, and that’s what helped him sleep at night.

He didn’t sleep the night his dermatologist diagnosed malignant melanoma from that pesky mole he had found a few weeks ago. It had itched and oozed enough for him to appease his wife and go to the doctor. He had laughed and joked about it, just as he did about most things that may turn out to be bad news. Elijah had been making light of life’s curve balls since he was a kid. It made people laugh. It also made everyone take their eye off the ball and pay the price later. Elijah would just give them a huge slap on the back as if everything was a jest. He never acknowledged his feelings, and pretended to be a happy, humorous person with not a care in the world. He would change the subject when ever anyone talked about something serious, denying them and himself of empathy, comfort, and genuine support.

Pretending All Is Well

Elijah’s joking helped his mother cope when his father got drunk and lost jobs. The boisterous joviality was a great cover for his anger at his father which he refused to discuss. Marvin, on the other hand, was the opposite of his brother. He berated the memory of their father after his parents divorced and openly despised his mother’s helplessness. Elijah cheered her up and sacrificed his childhood to care for her.

Elijah ignored his emotions and ended up with malignant melanoma, while Marvin acknowledged his negative feelings and got help to process his traumatic childhood experiences, resulting in a healthier adult life.

Elijah suffered long-term, constant stress from early in his life. That makes his stress chronic and toxic. It became so much a part of his life that he no longer recognized it as anything unusual. If you asked him about taking care of his mother when she was depressed, getting himself to school, and making sure the household bills were paid, he would probably say it was no big deal. He wasn’t consciously aware of the stress.

Elijah’s denial of his emotions is typical of individuals with melanoma. In a 1984 study reported in the Journal of Psychosomatic Research melanoma subjects had little or no awareness of their stress as measured by stress hormones and electrical skin reactions that reflect physiological stress. In contrast, cardiovascular patients and those with no illness were able to recognize and acknowledge their stress. This suggests that melanoma patients were repressing their conscious awareness of stress. As Gabor Mate says in his book When The Body Says No: Understanding The Stress-Disease Connection, “People can experience emotional stress with measurable physical effects on their systems—while managing to sequester their feelings in a place completely beyond conscious awareness.”

Chronic stress, such as that which Elijah experienced, triggers the growth of melanoma cells when skin is exposed to UV rays. The effects of the stress are cumulative over years, striking slowly over time, until that mole is visible. The Journal of the National Cancer Institute, 2010, indicates that the stress hormone norepinephrine increases the number of proteins responsible for accelerating tumor growth. Short pieces of RNA, which normally block these proteins, disrupt the normal cycle of protein production, leaving proteins to morph into oncogenes (cancer producing genes) causing metastatic melanoma. The disease has likely already spread by the time that one mole shows up and gets treated.

Many studies have found a series of common coping styles that have been described as “type C” or the “cancer personality.” The most important of these is dealing with negative emotions that trigger stress by suppressing and repressing them. In particular, the repression of anger while pretending to be happy. In order to deflect conflict and maintain relationships type C personalities show an easy going exterior, while living an inner hell. They are more likely to act in ways that are self-sacrificial, appeasing, patient, and accepting. The stress caused by suppression releases massive amounts of hormones that damage the natural cycle of cell growth and death, leading to cancer.

The American Cancer Society reports that there are 48,000 cases of melanoma diagnosed each year, and of those, 8,000 will die from metastatic melanoma. The repression of emotions, especially anger, appears to be a major factor that contributes to chronic stress which stimulates the production of cancer cells. Elijah may have lived his life as a type C person, but he still has a good chance of survival, if he chooses to express his childhood anger and reduces the stress in his body. Acknowledging and expressing his feelings can offer a healthier way of coping without having to pretend, putting his life at even greater risk.

© Copyright 2010 by Jeanette Raymond. All Rights Reserved. Permission to publish granted to GoodTherapy.org.