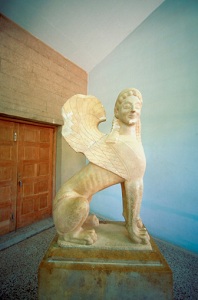 Oedipal Period
In psychoanalytic theory, the oedipal phase occurs during the phallic stage of child development, typically between the ages of three and five. Proponents of the theory point to boys’ increased closeness with their mother and desire for positive attention in conjunction with increased defiance of the father. In contemporary developmental psychology, most clinicians believe that children become increasingly aware of gender during this time period.

The Story of Oedipus
The Oedipal complex is named for a Greek myth. In this myth, a boy named Oedipus is abandoned by his father and raised by foster parents. When he becomes an adult, he travels into town, gets into a fight with the man who is (unknowingly) his biological father, then marries the man’s wife–his biological mother.

Scientific Validity of the Oedipal Complex
The Oedipal complex is one of the most widely known theories in psychology and is also one of the most hotly debated. Contemporary psychoanalytic theorists accept the theory to varying degrees, but often do not take the theory literally. They may, for example, use it as a helpful lens for understanding family dynamics and gender awareness. The Westermarck Effect, a phenomenon in which children grow up with a sexual aversion to siblings and other people with whom they were in close contact during childhood, has been used by some clinicians to undermine the scientific validity of the Oedipus complex. Several well-known clinicians, including Carl Jung, Otto Rank, and Melanie Klein, have proposed alterations of the theory or alternative theories. Jung, for example, argued that girls experience a similar period of development during which they experience sexual desire for the father and aggression toward the mother. This theory was termed the Electra complex.