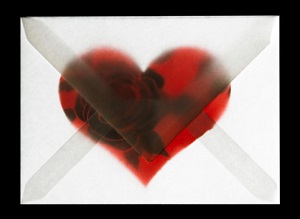 Erotomania is a delusion that occurs when a person strongly believes—despite evidence to the contrary—that a person is in love with him or her. The target is often a celebrity, politician, or other high-status person, but people with erotomania may also develop fixations on random strangers and acquaintances. Erotomania has also been termed de Clerambault’s syndrome, after the French psychiatrist who identified the behavior.

Erotomania is not a stand-alone psychiatric diagnosis. In some cases, people with erotomania may be diagnosed with a delusional disorder. According to the Diagnostic and Statistical Manual (DSM), in order to be diagnosed with a delusional disorder the delusions cannot be due to the effects of a drug or other medical condition, and the person cannot be previously diagnosed with schizophrenia. The person cannot demonstrate strange/bizarre behavior except for the delusions. Erotomania may also be a symptom of other psychiatric conditions, such as schizophrenia.

What are the Symptoms of Erotomania?

The primary symptom of erotomania is an unassailable belief that another person is in love with you. Common behaviors associated with erotomania include:

Is There Treatment for Erotomania?

Antipsychotic medication can effectively treat erotomania in some cases. Medication is usually combined with psychotherapy. In some instances, people with erotomania may stalk or otherwise threaten the person of their affection and hospitalization may be warranted.

Many celebrities have been victims of erotomaniac fantasies. For example, David Letterman and the astronaut Story Musgrave were both stalked by the same person with erotomanic delusions. John Hinckley, Jr., the man who attempted to assassinate President Ronald Reagan is reported to have had erotomanic delusions toward Jodie Foster, and may have attempted the assassination out of misguided desire to communicate with or impress the actress. A minority of people with erotomania may attempt to injure or kill people who they perceive as standing in the way of their relationship with the object of their affection—this has been sensationalized in films such as Fatal Attraction.