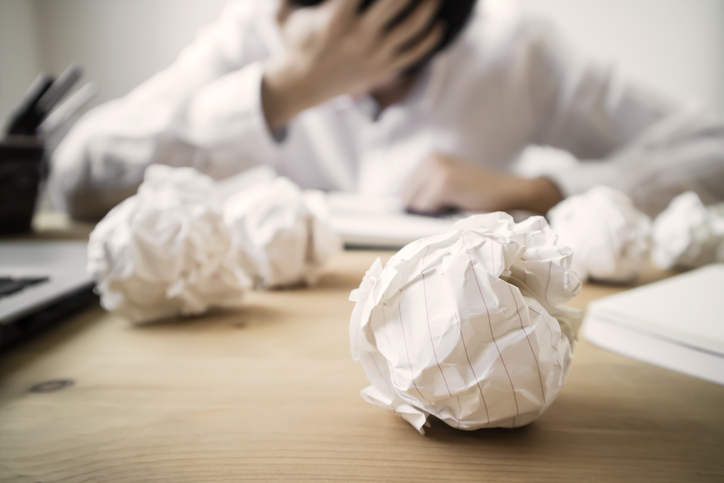 Creative blocks, or barriers to inspiration, can be described as the inability to access one’s internal creativity. Those in creative professions—writers, musicians, performers, artists—are often more likely to be affected by creative blocks, which can last for days, weeks, months, or even years.

When creative blocks surface, they can affect work, performance, and well-being, but a mental health professional may be able to help individuals work through creative blocks and access their creativity once more.

A creative block might be experienced by anyone, for a number of reasons. Many writers, artists, and musicians reported periods of stalled creativity at some point in their careers, F. Scott Fitzgerald and cartoonist Charles Schultz among them. It can be difficult to get past a creative block, but often simply becoming aware of when, how, and why a creative block develops can help a person work to address the creative block and prevent it from returning.

One’s inner critic, often useful in the process of completing work or developing one’s role in society, can sometimes come to dominate certain aspects of feelings or behavior. This self-critique may sometimes be overcome through focused meditation that acknowledges the internal critic but disregards it. A need for approval might also stifle the creative process. Author Jeffrey Eugenides said in an article for the New Yorker, "No one is waiting for you to write your first book. No one cares if you finish it. But after your first, if it goes well, everyone seems to be waiting."

"No one is waiting for you to write your first book. No one cares if you finish it. But after your first, if it goes well, everyone seems to be waiting." - Jeffrey Eugenides

Some may fear that their work or ideas will not be appreciated and hold back out of fear of rejection or failure. A fear of the unknown may also be a factor in the development of creative blocks. One might worry that a discussion of certain ideas, even through a media outlet, may have unforeseen circumstances and resist expressing these ideas.

Some more recent bodies of research, such as that undertaken by neurologist Alice Flaherty, suggests a biological theory for the development of blocks. However, her belief that creative blocks may originate due to issues in the frontal lobe of the brain are still controversial.

Creative blocks may also occur as a result of:

A block might often be a temporary condition, but when one relies on creative construction to make a living, even a short-lived creative block may cause anxiety, doubt, and fear. Some creators might come to doubt their future ability to create and become distressed. Depression and feelings of worthlessness may also result. Further, because producing and creating is a significant aspect of the identity of writers, artists, and other creators, creative blocks can have a negative impact on one's identity or sense of self. The effects this can have on self-esteem may lead to the development of self-doubt.

Some turn to substances to resolve creative blocks, and the abuse of substances can lead to further harm, such as addiction.

Creative blocks may also be experienced along with a mental health concern or other issue, though the issue experienced may or may not have led to the block. An individual experiencing depression or the effects of trauma, for example, may find it difficult to access creativity. Major life changes may also lead to diminished inspiration or the inability to produce creative work. A compassionate therapist can help individuals overcome these creative blocks.