Counseling Children After a School Shooting

In the United States, gun violence has become a common media topic in recent years, and mass shootings make the news on a regular basis. According to data from the nonprofit Gun Violence Archive, the number of mass shootings in 2019 has already reached 366 as of November 14. That comes out to more than one mass shooting per day on average.

Of course, not all shootings take place in schools. But according to the Federal Bureau of Investigation, 52 of the 250 active shootings that took place between 2000 and 2017 occurred in schools or universities. According to these data, educational institutions are the second most common shooting location after commerce areas.

Gun violence in schools causes immediate physical harm, and many of those injured may die. But the emotional wounds sustained can linger for weeks, months, or even years. School shootings can have a deeply painful impact on anyone involved, but even fearing the possibility of a shooting can have mental health consequences.

Counseling children who have witnessed or been directly affected by a school shooting requires delicacy and care. Here are a few things to keep in mind.

In order to help ease fear around school shootings, it’s first essential to validate a child’s fear without dismissing it or minimizing it. It’s true that school shootings aren’t as common as media coverage makes them seem. But even most older children who can logically accept this fact may still, with good reason, point out that it could happen.

While it’s important to be honest about the possibility of such a tragedy, it’s also important to discuss it without overwhelming children. A child who brings their fears forward in therapy may be terrified, panicky, and unable to calm down on their own, especially if a shooting took place in their school.

It may help to explain to frightened children that video or even audio footage can be intense. Rumors, gossip, and even factual news reports can make an incident seem even more terrifying. Consider encouraging children and teens (and their parents) to avoid audio or video news reports and obtain facts from printed material instead. To validate and support a child’s concerns, give them truthful, age-appropriate answers to any questions they ask instead of offering platitudes like, “It won’t happen to you,” or “You’ll be okay.”

Some children may feel less fearful when they have a plan of action. Talking through a concrete strategy of what to do in the event of a shooting may help alleviate some of their worry.

Some schools now attempt to prepare for gun violence with shooter drills, but parents and students across the country have expressed concern about this practice. These shooter drills may not be the most effective approach to safety, as many children report increased feelings of fear or anxiety after the drills. Children who have experienced trauma before may be retraumatized by surprise simulations.

A better approach may be to:

Children who have lost classmates, friends, or teachers in a shooting may come to you for help working through their grief. Blythe Landry, clinical social worker and counselor, reminds us that, “Just like adults, children grieve in unique ways.”

She suggests counselors and parents can offer support in times of acute grief and trauma by:

Therapists and counselors must also take care not to let their own beliefs and approach to grieving color their therapeutic work with children. For example, you may want to encourage forgiveness as a step on the path to healing, but someone who has lost loved ones may not be ready to forgive.

Religion can become a contentious topic after incidents of gun violence. People of certain faiths often want to offer prayers and other messages grounded in their beliefs, and these may comfort some people. But it’s essential to keep in mind that not everyone practices a specific religion (or any religion at all). Unless you are a religious counselor and your client has specifically requested religion-based guidance, it’s usually best to avoid suggesting prayers or offering religion-based support. Even those who do obtain comfort from prayer may want to learn additional coping mechanisms from their therapist.

When Politics Get Personal

Developing political opinions is a key aspect of the pre-teenage and teenage years. A child testing the political waters and forming their own beliefs may start out feeling very strongly about a particular issue, such as gun control, especially if they’ve been directly affected by gun violence.

Some teens may also support political ideology that differs from their parents’ politics. This can cause difficulty in familial relationships, which may come up in therapy and create further challenges during an already difficult time. If you’re working with both child and parents, encourage parents to support their child as they attempt to grieve and express themselves politically, even if the parents disagree with those beliefs.

In some cases, children and teens may form political opinions based on false information in the media. It’s important to not only point teens toward factual sources of information but also make them aware of how misinformation spreads. Encourage teens to read news and opinion pieces and develop their own ideas while remaining mindful about fact-checking things they see online, especially on social media.

Teens who begin to identify with more dangerous political leanings, though they themselves don’t have any malice toward others, may benefit from increased awareness of the harm certain ideologies can cause others. Point out the power of ideas and knowledge, and urge children to carefully consider underlying meaning in political messages.

It’s possible to recover from a tragedy with little or no long-term mental health effects. But for many people, recovery may be more challenging. Fear and grief can linger and metastasize into more chronic concerns, including agoraphobia and depression. Trauma can also make existing mental health concerns worse.

Research suggests that when symptoms of posttraumatic stress persist for longer than 4 to 6 weeks, treatment is generally necessary. If you’re treating a child in the early days after a trauma, help parents know what to look out for.

The following symptoms could indicate an underlying concern, especially if they persist for several weeks after a tragedy:

Many children will need some time away from school in the aftermath of a tragedy. They may prefer to stay at home or close to their parents or other loved ones. But children are largely resilient, and they usually feel able to return to their typical routines before long. Encourage parents to pay attention to symptoms that affect a child’s quality of life and general wellness. 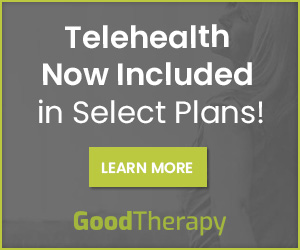