Trauma Recovery: Unlinking Fear and Danger in the Brain 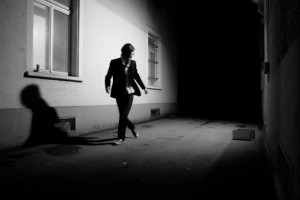 “Why do I feel scared even when I’m not in danger?”

This question, or something approximating it, is one of the most commonly asked by people seeking treatment for trauma, many of whom describe an intense fear when they encounter something that isn’t, in reality, a threat to their safety. These people are aware of this fact cognitively. They can articulate the truth of the situation, but it doesn’t take away the intense symptoms that are experienced.

There is a very good reason for this—and it lies within the structure of the brain and nervous system.

First, let’s talk about fear and its function. Fear is a hard-wired emotion in the brain. We are born with it, and thank goodness. Think of fear like an alarm system. It alerts us to threats in our environment so we can respond effectively and keep ourselves safe. This comes in handy when there is an actual threat. When there is a risk to our safety, the fear circuit is naturally engaged to alert to danger.

Under normal circumstances, we are able to check in with the situation to determine if there is a real threat. For example, if you are walking down the street and hear a loud sound that startles you, your body responds and you look around to see what made the sound. If you discover it was a car backfiring, you see there is no threat and you are able to continue on, recognizing that your safety is not compromised. If it is something truly threatening, such as someone with a gun, you go into survival mode of flight, fight, or freeze. Once the threat has passed, ideally you would be able to talk about what happened, process through it, and know that even if you weren’t safe at the time, you are safe now that the threat is gone.

Although the fear response is normal and key to survival, the fear circuit can get stuck in a type of feedback loop and over-coupling with danger, which tends to cause a person to experience the common symptoms associated with trauma. When a traumatic event is experienced, certain structures of the brain go offline because traumas are intense and the brain goes into survival mode. As a result, the traumatic memory is not stored like a normal memory. It is instead stored in an isolated, fragmented, and frozen way. Because it is isolated from other memory and knowledge, when one is triggered by something that reminds the brain or nervous system of the memory, that information does not have the ability to readily connect with other information in the brain, which makes the nervous system believe the person is in danger.

When a traumatic event is experienced, certain structures of the brain go offline because traumas are intense and the brain goes into survival mode. As a result, the traumatic memory is not stored like a normal memory.

The nervous system then does its job very well, trying to alert the person to danger, even if there is none. Keep in mind this process in entirely unconscious. We can’t think ourselves out of the nervous system’s automatic response.

It is common, post-trauma, to see an over-linking between fear and danger because of the brain process described above: the person has frozen fragments of the trauma that are maladaptively stored in the brain, which means there are also maladaptive linkages. The brain does not know it is safe because parts of it are frozen in time. The over-coupling of fear and danger is even more severe when a person has experienced pervasive trauma throughout life.

Once people understand this process, it is usually relieving to know they are not “crazy” and their nervous systems are simply trying to promote survival. Understanding the dynamic that is happening in the body is the first step to uncoupling fear and danger. Some of the work in uncoupling is done with specific interventions such as EMDR (eye movement desensitization and reprocessing) therapy, somatic experiencing, and/or ego state therapy. However, between sessions a person can aid this process by simply paying attention to the moment. Paying attention to body sensations, emotions, reactions, and the environment is a big part of the work. Periodically checking the environment for safety can be especially helpful. Noticing what it’s like to be triggered, have fear, and still notice you are safe takes it to another level and can advance the uncoupling process.