Respect-Focused Therapy: Honoring Pain, Yourself, and Others 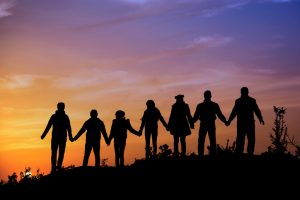 I’ve had the great fortune of being a therapist for the past 40 years. When I began this journey in grad school in 1974, I was told I would never make it in this field, nor should I, because I have cerebral palsy and use a wheelchair for mobility. This was my first real blast of bias and disrespect, encountered at age 22. Good that it happened then; I learned to navigate around such prejudice early and developed an informed emotional blueprint regarding that kind of experience that serves me to this day.

Over the past four decades I’ve had plenty of chances to put that blueprint to good use, both personally and professionally. Having worked with a wide variety of people with different life stories and sources of pain, I’ve come to realize that the experience of feeling deeply disrespected can lead to further disrespectful, if not abusive, patterns and be devastating for many.

In fact, the issue of feeling disrespected (or not) is the primary theme that has sifted to the top of what I see as most salient in psychotherapy. In my experience, people who have endured trauma, abuse, conflicted relationships, and/or struggles with addiction or mental health conditions have encountered their fair share of disrespect. Some people feel robbed of respect in significant and deep ways, if they ever felt like they experienced genuine respect at all.

Respect-focused therapy (RFT) aims to address this by utilizing the therapeutic relationship to set the stage for respectful interaction in a way that allows a person to feel genuinely respected, maybe for the first time. This experiential learning—of being respected by another human being in such a profound and holistic way—can lead the process of therapy toward a healing outcome.

As the process of illuminating and honoring pain as something separate from a person’s identity unfolds, it becomes easier to concentrate on wellness from the standpoint of self-respect. This can happen with the infusion of affirmation and sincere validation of one’s core strengths and values.

The first step is to become fully aware of the pain one holds. In effect, this involves the therapist and person in therapy holding a flashlight together in the dark, allowing the pain to be better seen and understood. In bringing the pain out of hiding, its intensity is often diminished. The idea from that point forward is to find a way of carrying what remains of the pain that is not quite as burdensome as it was in the beginning.

As the process of illuminating and honoring pain as something separate from a person’s identity unfolds, it becomes easier to concentrate on wellness from the standpoint of self-respect. This can happen with the infusion of affirmation and sincere validation of one’s core strengths and values. The restoration of identity and integrity comes out of reclaiming one’s uniqueness as goodness.

Interpersonal respect, or respect with and for others, then comes into play. Is the severity of the pain endured such that it creates a pattern of disrespectful interactions with others throughout a lifetime? Many people who have been abused or otherwise traumatized tend to learn to expect more trauma from others, perhaps feeling that is what they deserve. In some cases, people may become so angry at the world that they inadvertently create more conflicts. In respect-focused therapy, the therapist and person in therapy reflect upon how respect is about looking again, or reconsidering, and how that empowers more constructive communication. It’s also about feeling more valued in the relationship and how that creates a stronger bond.

Finally, respect-focused therapy is about instilling a universal or global sense of respect—for those with whom we don’t personally identify, people of different cultures, races, nationalities, sexual orientations, faiths, abilities, socioeconomic backgrounds, and so on. It is about embracing “otherness” rather than rejecting it. Respect, in its truest sense, is the active framework that allows for optimal human interaction and well-being.