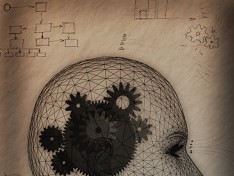 Steps of the Scientific Method

How to Write a Good Hypothesis

Many hypotheses take the following form: “If X is true, then Y will happen.” For example, a researcher could write, “If sleep deprivation makes a person forgetful, then people who don’t sleep the night before will get lower scores on a memory test than those who get 8 hours of sleep.”

A good hypothesis is testable, meaning each variable can be observed and measured. In the example above, a researcher could easily count how many hours each participant slept or calculate the score they got on a memory test. These measurements will result in objective numbers.

Subjective values, such as “love” or “evil”, are harder to measure. For instance, take the hypothesis, “If beautiful people are happy, then becoming beautiful will make a person happier.” Concepts such as “happy” and “beautiful” don’t have a universal definition. What one person describes as “content” or “plain,” another might call “joyful” or “pretty”.

So how do psychology studies measure emotions, opinions, and other subjective things? In many cases, scientists ask a person to report their subjective experience of the concept. For instance, a person could rate their mood on a 1-10 scale several times a week. By comparing later scores to the original score, a researcher can tell when a person’s mood improves or gets worse.

What Is a Control Group?

Most scientific experiments have what is called a control group. To explain this term and why it’s important, let’s pretend you are setting up a hypothetical drug experiment. Your hypothesis would be, “If Drug X treats anxiety, then people who have anxiety and take Drug X should stop having symptoms.”

On the surface, designing the experiment should be easy. Simply give Drug X to the study group and then record what happens. But how do you know the drug caused the improvements? What if some other variable treated the anxiety, like the participants getting more sleep during the study?

That is where the control group comes in. The control group is the default you compare the study group to. Ideally everything else about the two groups is the same: their ages, sleep schedules, food intake, etc. The only difference between the groups is whether they are taking Drug X.

In general, there are three possible scenarios for a control group and study group:

In drug tests like this one, you may give the control group a placebo: a “fake” pill without any medicine inside. Sometimes people who believe a pill will treat their symptoms temporarily see improvements regardless of what’s actually in the pill. This is called the placebo effect. If the control group sees similar improvements as the study group, then the placebo effect is probably causing the change.

Researcher bias can also affect the results. For example, a researcher who worked really hard to create Drug X would likely want it to succeed. Even if they try to stay impartial, they are more likely to “see” signs of improvement. They might also subconsciously discourage participants from reporting anxiety symptoms through body language or tone of voice.

Although researchers tend to prefer creating double-blind studies, they are not always possible to run. Some fields of research make it difficult to establish rigorous controls.

For example, in a study of the effects of rape on victims, it would be unethical to set up a control group who is not raped and a study group that is. Researchers would have to look at effects after the fact. They might try to find groups that are similar in age, ethnicity, class, and other variables. However, there would be no way to find victims who grew up in exactly the same environments.

In other cases, a control group isn’t used in the experiment at all. Other psychological research methods include: