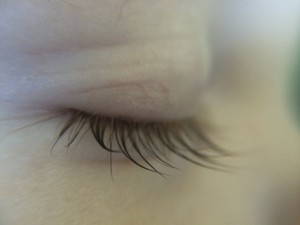 Tardive dyskinesia is a neurological state characterized by repetitive, unintentional body movements such as lip puckering, eye blinking, or uncontrollable facial expressions. It occurs as a severe side effect of high-dose or long-term usage of antipsychotic medications called neuroleptics, and from medications used to treat gastrointestinal issues in children and infants.

What is Tardive Dyskinesia?

Tardive dyskinesia (TD) is a form of dyskinesia, which is a condition of involuntary and random muscular movements, and sometimes includes difficulty performing voluntary muscular movements. “Tardive,” an adjective that means to appear late, refers to the condition’s tendency to slowly onset, usually months or years after a person starts taking medication, but sometimes in as little as six weeks.

Although the exact reason why tardive dyskinesia occurs is unknown, it has been identified as a severe side effect of using drugs that affect dopamine levels. Altering dopamine levels in the brain can reduce or remove many of the symptoms of psychosis, but may also have an effect on the brain’s ability to control muscle movements. The condition primarily affects the facial muscles, though it can affect other body parts, such as toes, fingers, and limbs.

Tardive dyskinesia exists within a group of side effects known as “extrapyramidal symptoms,” which include dystonia (painful and sudden muscle stiffness), akathisia (restlessness), and parkinsonism (tremors, postural instability, and rigidity).

Although no reliable large-scale studies have been conducted to determine the number of people who experience tardive dyskinesia, it is estimated that about 30% to 50% of those who continually use antipsychotic drugs experience tardive dyskinesia, with the probability increasing for each year the person takes the medication. The reason why it affects some and not others remains unknown.

Experiencing tardive dyskinesia is stressful and, depending on its severity, can significantly impair the quality of one’s life. Being unable to control muscles may lead to feelings of embarrassment and shame. Additionally, because of the added stress of this condition, mental health treatment may become more difficult because of it.

Prevention is the best way to treat tardive dyskinesia. Inform yourself and ask your doctor about this condition before taking any antipsychotic medications. Research on this neurological condition has identified certain risk factors that may increase the risk of developing TD. Those who may be at higher risk include:

Due to the complex and poorly-understood causation of tardive dyskinesia, a general recommendation for people at risk of developing it is to consult their doctor before taking prescribed drugs. It is also important to react as soon as the first symptoms appear if you are at risk for this condition and taking antipsychotic medications.

Because prevention is the best way to avoid symptoms of TD, many psychiatrists use standardized screening tests once a year to detect the onset of the condition.

Recognizing any potential sign of tardive dyskinesia is important for timely intervention. If symptoms occur, psychiatrists usually opt for one of the following treatment options:

Regardless of the option chosen, it is essential for a psychiatrist to supervise the entire course of the treatment, so he or she can react if further modifications or interventions are required.