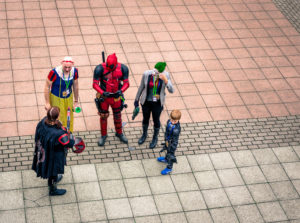 A subculture is a smaller culture with a shared collection of beliefs, values, traditions, and rituals within a larger culture.

What is a Subculture?

Culture is the collection of beliefs, ideas, artifacts, and other traits of a group of people. Because culture encompasses virtually everything that can be learned, it is ever-shifting, and not everyone follows the group’s beliefs. Subcultures are smaller groups within the larger culture that have slightly different—or additional—traditions and ideas. They tend to share much in common with the larger culture and typically interact with members of the majority on a regular basis. Most people belong to at least one group that can be classified as a subculture. Large groups of friends or family members tend to form their own subcultures.

Subculture can be important in mental health care because subcultures sometimes develop their own communication styles and social norms. Mental health professionals should be mindful of any subcultures a person belongs to when treating them, especially as they relate to a person’s identity. Certain behavior or values may be mistakenly pathologized by people or groups outside of that subculture. Also, certain subcultures may face discrimination from the majority group.

Subcultures are frequently less well-established than the larger culture. A person might enter one for a short time and then transition to another. Groups of people who identify with non-normative sexual orientations or practices sometimes consider themselves subcultures. Groups dedicated to artistic, literary, or musical ventures, such as the goth culture and the postmodern art scene, could also count. While these groups might share many values with the dominant culture, they also behave or dress in ways that differentiate themselves from the dominant culture. Some may actively oppose beliefs or traditions from the larger culture.