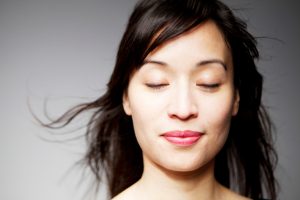 Sanity, a term used more colloquially than otherwise in recent years, can be understood to refer to the state of having a sound, rational mind and being capable of good judgment. This term is outdated in the field of mental health and is no longer in general use, but it is still used in a legal context.

Understanding the Concept of Sanity

Historically, people with mental health concerns have been misunderstood and often poorly treated. Treatments for mental health issues were not readily accessible until fairly recently (and some people still struggle to access mental health care), and people who experienced such conditions were subject to imprisonment and/or extremely poor living conditions. Individuals who were thought to have any sort of mental health concern were commonly labeled as “insane” and then often installed in an asylum, at the whims of their parents, family members, or spouse, for years. In some cases, individuals never left the asylum.

As general knowledge about mental health issues has increased and treatments have progressed, the terminology used to describe these concerns has become less stigmatizing. Mental health professionals no longer label people as “sane” or “insane.” Many, in fact, avoid the use of labels as much as possible. Further, the Diagnostic and Statistical Manual of Mental Disorders (DSM-5) does not include the term sanity, and neither does it provide any sort of line or distinction between sanity and insanity. Mental health treatment today typically focuses instead on understanding the specific symptoms each individual experiences in order to determine the most accurate diagnosis and effective treatment plan for their unique circumstances.

The distinction between sanity and insanity is, however, still used within the legal profession. A person on trial might, for example, be found not guilty by reason of insanity. This means their state of mental health or emotional well-being prevented them from recognizing the illegality of their actions and/or from being held accountable for a crime. Somebody deemed sane by a judge or jury, then, has been determined to be of sound mind and thus aware they committed a crime and able to be held accountable for it.

Why Is Sanity a Subjective Term?

The concept of sanity is likely to bring up philosophical questions about how the mind works and what distinguishes a “sane” mind from one that is affected by some type of mental or emotional issue, something the field of psychology still has a limited understanding of. Kenneth Bradford makes the point in his writings that there is no universally accepted definition of sanity within the field of mental health. He goes on to claim that, with psychology’s focus on distressed minds, limited attention has been given to minds not in distress, the broader overall experience of being human, and how the mind works in general. He further draws attention to the way the DSM has changed and evolved over time, leading issues once considered diagnosable mental disorders to be realized as normal variations within the human experience. What was once determined to be a mark of insanity, therefore, may now be easily understood as a treatable mental health concern. Avoiding the use of “insane” or “crazy” as throwaway adjectives to describe situations or individuals, whether they have mental health issues or not, can help reduce stigmatization of mental health issues and those affected by them.

The concept of sanity also takes into account the cultural context of behavior. What may be considered sane and normal within one culture may be thought of as taboo, antiquated, or deviant in another, and the line between sanity and insanity is sometimes unclear. For example, talking with God through prayer is an accepted religious practice, and members of many religious faiths pray regularly. On the other hand, believing God is talking to you or that you have a special relationship with God is often considered a delusional belief and possibly a sign of a serious mental health concern, such as schizophrenia. In some cultures, however, the practice of speaking to one’s god and receiving some manner of reply may not only be acceptable but might also be a more standard occurrence. What distinguishes sanity from insanity, then, is not definitive, but rather socially constructed and subject to debate.

Is Sanity a Fixed State?

Moods fluctuate, and people who experience mental health challenges may have symptomatic periods as well as periods of remission, or an absence of symptoms. Moreover, some psychologists believe any “sane” person can experience periods of what some would call “madness” or “insanity,” given the right circumstances. Psychologist Philip Zimbardo suggests people can become irrational when they are confronted with a fact questioning their most deeply held beliefs about themselves. A student who prides themselves on earning very high grades, for example, might erroneously blame others or external circumstances if they receive a failing grade. It is also possible for a person to develop a diagnosable mental health condition as a result of this confrontation.

In this way, the concept referred to by some as “sanity,” can be seen to be understood as a state that is not fixed, but as a condition that may fluctuate based on environmental factors and circumstances. It is also no longer the case that individuals experiencing mental health concerns are simply categorized as “insane” or “crazy.” Avoiding the use of “insane” or “crazy” as throwaway adjectives to describe situations or individuals, whether they have mental health issues or not, can help reduce stigmatization of mental health issues and those affected by them.