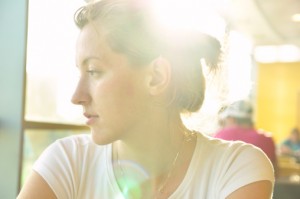 Reality testing is a concept in Sigmund Freud’s psychoanalytic theory in which the ego recognizes the difference between the external and internal world. In other words, it is the ability to see a situation for what it really is, rather than what one hopes or fears it might be.

In ego psychology, a primary task of development is the integration of the parts of the self, including the id and superego, into one coherent ego or personality. Reality testing plays a significant role in this process. In reality testing, the ego learns to separate itself from the outside world by differentiating between what is going on within oneself versus what is occurring in the external world.

The internal world (the world of the mind) is often very different from the external world. For example, a woman might fervently believe or fear that her boss hates her because he did not return her morning greeting, when in reality, he was simply preoccupied or did not hear her. Reality testing allows the ego to distinguish between fears, beliefs, and hopes, and actual reality. Freud argued that a failure of the ego to differentiate itself from the outside world could contribute to hallucinations, delusions, and other distortions in reality. He also emphasized that the internal world and the external world may appear to be the same when the ego is under immense stress. This concurrence can lead to temporary delusions or maladaptive behaviors.

The ability to distinguish between reality and fiction in one’s own thoughts is an important aspect of development. Errors in thinking can influence behavior and lead to anxiety. Reality testing highlights the importance of recognizing common errors in one’s thinking and correcting them. Errors may include:

These, and other errors in thinking, can be resolved by recognizing the error and formulating a more realistic thought. For example, instead of accepting all the blame for a negative occurrence, one might consider all of the participants and factors in a particular event and carefully consider who and what else contributed to the outcome.

Many contemporary psychologists have abandoned Freudian theories and may not fully accept Freud’s concept of reality testing. Reality testing, however, remains an important part of separating oneself from others and the external world. Some developmental psychologists believe that very young babies have difficulty differentiating between themselves and others. The belief that everyone shares the same beliefs is a common cognitive error in childhood. Thus, reality testing may play an important role in early childhood development, in particular.

In therapy, reality testing can be a useful tool to assist those experiencing anxiety over concerns in their lives. People often tend to avoid thinking about the potential negative outcomes of a situation, although sometimes a person may dwell solely on potential negative outcomes. But by considering all outcomes and their possible effects, a person can reframe the situation into something he or she is more able to deal with, either by realizing it is not quite as bad as it seems or by determining ways to cope with any outcome. Reframing can also give new insight, as often people realize that the worst possible outcome is not as difficult to accept as they had previously feared.