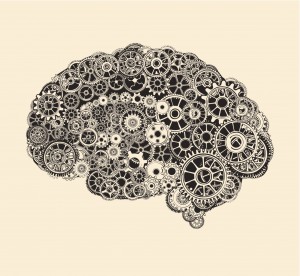 The terms mental illness and mental disorder are used to refer to a variety of mental health conditions that affect a person’s ability to function. Over time, the language society has used to refer to mental health concerns has changed dramatically. At times in history people with severe mental health issues were given labels like “lunatics” and “psychos” and confined to insane asylums, but today these terms are viewed as derogatory. The term “mental illness” may sometimes still carry a negative connotation, as it is frequently used colloquially in a disparaging way.

What Is a Mental Illness?

What exactly constitutes a mental illness has been the source of great debate throughout history, and today, mental illness remains notoriously difficult to define. Mental health professionals bicker over what types of conditions constitute mental illness and the possible repercussions of labeling a person as mentally ill. At the heart of this debate is the American Psychiatric Association’s Diagnostic and Statistical Manual of Mental Disorders, or DSM, which serves as a diagnostic reference book for psychiatrists and other mental health professionals.

The DSM categorizes mental health conditions and states specific diagnostic criteria for those conditions. According to the DSM, a mental disorder is a clinically significant behavioral or psychological syndrome or pattern that occurs in an individual and is associated with present distress such as a painful symptom, disability impairing one or more important areas of functioning, or with a significantly increased risk of suffering death, disability, or loss of freedom.

Over the years, conditions have been modified, added, or eliminated from the DSM, as understanding of various issues, mental states, and conditions changed. Homosexuality, for example, was once listed in the DSM as a disorder, but the listing was removed in the early 1970s, when it became more prevalently known as a normal expression of human sexuality. Similarly, what was once known as gender identity disorder was recently reclassified as gender dysphoria to clarify that people who experience distress as a result of their gender identity are not experiencing a disorder. In this way, the definition of mental illness and our perceptions of what qualifies as an illness change frequently. The DSM also points out that a classification of mental disorders does not classify people, but rather, seeks to classify the conditions that people have.

The Role of Therapy in Treating Mental Health Issues

The National Institute of Mental Health (NIMH) points to psychotherapy as a way to treat mental health conditions by helping people understand their conditions and manage symptoms. Therapy provides the opportunity to develop new coping strategies and helps people work through stress, unhealthy thoughts, and unwanted behaviors. Sometimes therapy alone is sufficient treatment for mental health conditions. Depending on the type and severity of a person’s condition, however, a combination of medication and therapy may produce the best recovery results.

Many different types of psychotherapy exist to treat a wide range of challenges. Though most approaches are suited to address any number of concerns, some types of therapy were originally designed to treat specific challenges or specific populations. Eye movement desensitization and reprocessing (EMDR), for example, was created to help people recover from trauma, and sand tray therapy was originally intended for use with children in therapy, though many therapists adapt these kinds of specific therapies for use in other contexts as well. Sometimes therapists specialize in a particular type of therapy, while drawing from several traditions in order to tailor treatment for each person.

Some types of therapy are evidence-based, meaning research has been done to test their efficacy, and others are newer or may have not received the same kind of financial support necessary to conduct extensive testing. Some common forms of psychotherapy include:

Mental Health Concerns by the Numbers

Mental health issues can affect anyone, and most people experience at least a temporary decline in mental health at one time or another throughout life. Adjusting to change in life, like losing a job, having a baby, or ending a significant relationship, often causes stress, anxiety, and fear, even if the change is a good one. Environmental and biological factors can also make some people more prone than others to develop specific mental health conditions.

Approximately one in four adults in the United States experiences a mental health challenge in a given year. At any give time, myriad mental health conditions affect millions of Americans from all walks of life: