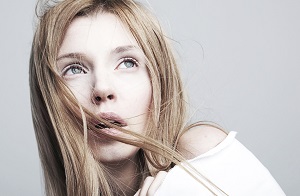 An exorcism is a religious ritual designed to remove demons, evil spirits, or similar forms of “evil” from people deemed to be possessed. Although exorcisms are strongly associated with Roman Catholicism, many religious traditions and cultures engage in some version of exorcism.

What Is an Exorcism?

Many spiritual traditions believe that demons, evil spirits, and similar entities can occasionally take possession of a person’s soul or body and affect a person’s behavior or health. An exorcism is an attempt to remove any entities that are believed to have possessed a person. Exorcism rituals vary greatly, but might involve extended periods of prayer or anointing the believed-to-be possessed person with holy water. The Roman Catholic church has several “official” exorcists, whose precise methodologies and training are kept a closely-guarded secret.

Exorcisms still occur in contemporary society. In some extreme cases, people have been hurt or even killed during exorcisms gone wrong. Some exorcists restrain people who are believed to be possessed, deny them food, or withhold water. When an exorcism ritual lasts for days or even weeks, this can prove fatal. Interest in exorcisms has increased with the creation of movies about exorcisms, most notably The Exorcist (1973) and The Exorcism of Emily Rose (2005).

In previous generations, people with mental health conditions such as schizophrenia might have been mistakenly believed to be possessed, particularly because of odd or delusional behavior. People with epilepsy can also appear “possessed” when they have seizures. While most people now recognize the signs of mental health conditions and seizures, some cultures and devoutly religious people may attribute certain behaviors toward supernatural entities rather than medical causes. Consequently, exorcism rituals in some cases might prevent people from getting access to competent mental or physical healthcare.