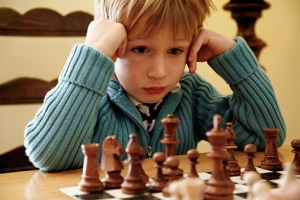 An autistic savant is a person who is diagnosed with autism—a condition that can interfere with social interactions, educational developments, and even speech—and also exhibits extraordinary abilities in a particular domain.

What Does Autistic Savant Mean?

People who are autistic savants have been widely featured in movies and television series, but true savant syndrome is extremely rare. While anyone can be a savant, savant-like skills are more common in the autistic community, although doctors are not sure why. It could be that brain differences that result in autism also result in other changes in mental processing abilities. Savant syndrome could also be due to obsessive-compulsive tendencies, to an increased ability to concentrate, or tune out social interactions. People with autism often fixate on things; this is why they might be more troubled by loud noises or excessive visual stimuli than others. This tendency to fixate, however, could also increase their ability to develop savant-like skills. For example, an autistic person who tends to fixate on colors might develop savant-like abilities to differentiate very similar colors.

The 1998 movie Rain Man was loosely based upon the life of Kim Peek, an savant with astounding memory capabilities. Peek, who passed away in 2009 at the age of 58, had several developmental disabilities and trouble with motor skills throughout his life but was able to rapidly memorize books and bits of information. Peek was thought by many to be an autistic savant, as he was originally misdiagnosed with autism. However, he did not, in fact, have autism, and it is believed he may have had a condition called FG Syndrome.

Another person who is considered a savant, Orlando Serrell, was not actually born with autism; instead, he developed autism-like symptoms after a brain injury. Along with these symptoms came the ability to perform complex mathematical calculations and to accurately remember the weather for every day since his injury.