Aging and Relationships: A Tale of Dementia’s Toll 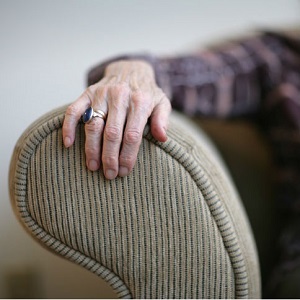 “Mary, you remember the doctor said to stay away from salty foods,” Thomas replied, breathing out slowly, trying not to lose patience.

“I don’t care what those doctors say. I don’t trust them. They don’t know what they’re doing!” Mary retorted. She turned to the waiter and ordered her corned beef on rye.

“Do you remember that doctor who said that I was supposed to take that diabetes drug, what was the name of it?” Mary asked.

“I don’t remember the name, myself, but yes, I remember the doctor,” Thomas replied, again taking a deep breath.

“Well, he was wrong!” Mary exclaimed with gusto. “The FDA pulled that drug because it led to heart attacks. They think they’re so smart, but they don’t know anything!”

This was the sort of thing that was so hard to pin down, so hard to understand, Thomas thought. On the one hand, Mary was definitely on top of the news. She would clearly pass a mental status exam. He knew that doctors would ask questions of people to see if they were aware of the current date and who was president, just to see if they were in touch with reality. Mary clearly was.

Not the Same Person

On the other hand, something was not right. He just couldn’t put his finger on it. In some way he couldn’t quite pinpoint, she was not the same Mary he had known for 46 years.

Thomas was giving this a lot of thought these days because not a day went by that something came up that was not quite right. He would review the past four decades over and over, looking for clues: Was Mary difficult? Always. Did she generalize from one case to the whole world? Yes, she argued illogically for as long as he could remember.

Did Mary find fault with people? Oh, yes, that was a life-long trait she had. So what was different now? Thomas lost sleep trying to figure it out. The thing with their children was particularly painful for him. That was different, for sure. In all the decades of quarrels that Mary had, never did she turn on her own children.

Two years ago, though, their son, Brian, complained to Mary about her financial losses at the dog track. Mary always enjoyed the races. And she always put down some money; after all, she would say, if you didn’t have any skin in the game, what was the fun of it?

But it turned out that she put down—and lost—thousands of dollars. Brian learned of it and became very upset with her. As a father himself, watching his pennies so that his little ones would have a college education, it hurt and scared him that she would waste money like that.

But Mary didn’t seem to have feelings for him; she was unable to empathize. Rather, she was offended that her child would have the nerve to pick on her. She got really angry at him that day and hung up the phone.

Thomas was distraught. He loved their children fiercely. He could not understand how Mary wouldn’t feel the same pain as he did for Brian. Surely she must realize that he was looking out for her, didn’t she?

But she didn’t. “He only cares about himself,” she had retorted that day. “He wants to be sure I leave everything to him; he doesn’t want his old mother to have any fun.”

Thomas knew that was not an accurate portrayal of their son. He had always been a kind and respectful son, a son who cared about his elderly parents.

Thomas spent weeks anguishing over this turn of events. Mary had completely cut Brian off. Mary’s lack of patience with people was not new—but to terminate the relationship with their own son? That was new, painful, and inexplicable.

When Thomas sank into moods of despair, he remembered the good mother Mary had always been, how she would walk the babies endlessly to calm them down when they cried. He recalled her patience and love when they entered school, cooking endlessly for them, watching over their homework, and taking them shopping for clothes. When teachers might have an occasional complaint about one of the kids, she was there, defending that child if that was the appropriate action.

And now this. It just didn’t add up.

Brian thought his mother was really a narcissist, but Thomas saw the inconsistencies. When a child needed something, Mary had always been there, offering a helping hand. He knew that Mary took money out of the bank for the children’s needs on occasion, even after they were grown. To this day, she worried about their health and well-being.

The last straw came a year earlier when Mary lost a bet at the track. She felt that the newspapers misled the public as to the capability of the horse—and she wanted to sue. She was quite sure she would make back the thousands of dollars she lost that day; she was convinced she would win the suit.

When Thomas Jr. said no, Mary was taken aback. She could not understand it. “I’m sinking!” she declared, “and you don’t want to help!”

“But, Ma, you’re sinking because you threw away way too much money gambling,” he said. “You brought that on yourself. And now you want me to rescue you—which I can’t do—so that you will lose it again?”

“Of course you can do it,” Mary argued. “You’re very capable. You’re smart. I’m counting on you!”

“But you’ll go back and throw away your money again,” Thomas Jr. pleaded.

When her husband confronted her, Mary said, her voice breaking, “I know I made a mistake. I should have checked the odds at the track and not relied on the newspaper reports. Who knew they would have it wrong? But I’m not going to do that again.”

To Thomas Jr., she angrily railed, “You’re my child and you should help your mother!”

Here again was that inconsistency. On the one hand, Mary was quite on top of exactly what had happened; she even admitted her mistake. On the other hand, her belief in a possible court victory was irrational and her belief that her son could carve out time to go to court was unreasonable.

Her anger at Thomas Jr. never died, no matter how much her husband argued with her. No points in their son’s favor weighed with her. No matter what Thomas said, she responded with, “He was disrespectful to his mother!”

On the one hand, Mary just a week earlier had given money to Elizabeth, their youngest, for her college tuition, with love in her heart. On the other hand, here she was unjustly castigating Thomas Jr. for not wanting to help her.

Thomas Sr. sighed. He nearly cried as he told the children that he was as hurt as they were. And in dark moments, he did cry. Was this the woman he had loved in spite of the challenges all these years? He could honestly say he did not love her now. Yet, he couldn’t abandon her after 46 years. And he had a sneaking feeling that there was a serious problem—and he had not put his finger on it.

For some reason, one day he idly typed “dementia” into his search browser. He looked at all sorts of definitions. No, it clearly wasn’t Alzheimer’s because Mary would have become milder, not meaner. And Mary was oriented as to time and place. It was something else, something more insidious. It had to do with her personality.

One of the search results talked about “inflexibility, poor judgment, and inappropriateness.” That sounded more on target. He read further and discovered another, lesser-known, type of dementia that cripples the frontal and temporal lobes of the brain. People experiencing frontotemporal dementia “lack empathy, seem indifferent, perseverate, are disinhibited, and lack insight,” he read.

Thomas stared at the computer. The pieces were falling into place. The lack of empathy and indifference to their children’s feelings—and to his own—popped out at him. He thought he had the missing piece of the puzzle. Although anyone who knew Mary all her years could easily describe her as difficult, they also knew she loved her family and she would not turn on them.

Thomas knew she would eventually listen to him when she did something unreasonable, and he would usually be able to bring her back to a rational place. Previously, because she respected his abilities, she would trust his judgment. No more.

Now, the challenge was to get Mary to the doctor to see if he was on track after all. Mary was mistrustful and she was sick and tired of doctors, as we discovered when we first met her. Even when Thomas told her, finally, that he thought she might have something wrong with her head, she refused.

Getting to the Doctor

With all this stress on his mind, Thomas had a car accident, which turned out to be a gift. He came home fretting about how he possibly could have missed that red light. It bothered him that he didn’t see it. Mary decided to tease him: “Maybe you’ve got something wrong with your head,” she said.

“Maybe I do,” he replied. “So we can both get examined.” Mary agreed.

Sure enough, after the doctor did all the tests, Thomas learned that his online research was on target.

Somehow, this discovery didn’t make Thomas feel better. Then, again, it did feel better to grieve for the lost Mary rather than be angry at her. She honored the spirit of poet Dylan Thomas, who said:

“Do not go gentle into that good night.
Old age should burn and rave at close of day,
Rage, rage against the dying of the light.”

Thomas sighed. And then he cried.