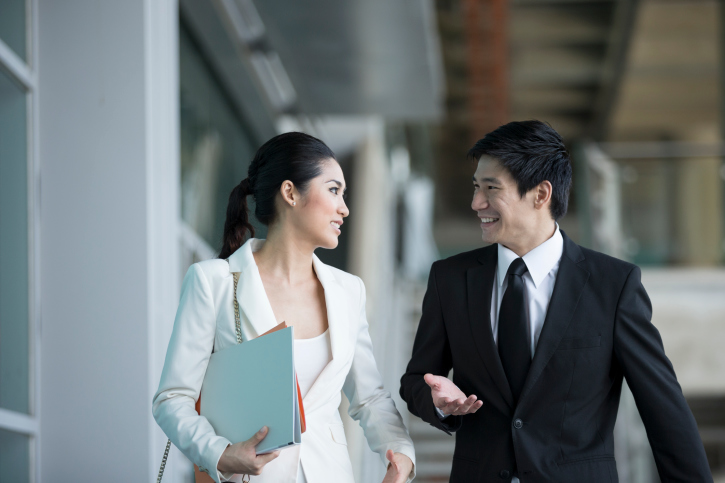 Transactional analysis, developed by psychiatrist Eric Berne, is a form of modern psychology that examines a person's relationships and interactions. Berne took inspiration from Sigmund Freud's theories of personality, combining them with his own observations of human interaction in order to develop transactional analysis. In therapy, transactional analysis can be used to address one's interactions and communications with the purpose of establishing and reinforcing the idea that each individual is valuable and has the capacity for positive change and personal growth.

Inspired by Freud’s theory of personality—primarily his belief that the human psyche is multifaceted and that different components interact to produce a variety of emotions, attitudes and complex behaviors—and Penfield’s groundbreaking experiments involving the stimulation of specific brain regions with electrical currents, Berne developed an approach that he described as both neo- and extra-Freudian.

Discerning the need to build upon the philosophical concepts Freud introduced with observable data, Berne developed his own observable ego states of Parent, Adult, and Child, following Freud’s proposal of the existence of the Id (emotional and irrational component), Ego (rational component), and Superego (moral component) as different and unobservable factions of personality.

Berne also took special note of the complexities of human communication. He highlighted the fact that facial expressions, gestures, body language, and tone may be regarded as more important by the receiver than any spoken words. In his book Games People Play, he noted that people may sometimes communicate messages underpinned with ulterior motives.

Like Freud, Berne posited that each individual possesses three ego states. His ego states—the Parent, the Adult, and the Child—do not directly correspond to Freud’s Id, Ego, and Superego, however. Instead, these states represent an individual’s internal model of parents, adults, and children. An individual may assume any of these roles in transactions with another person or in internal conversation. These roles are not directly associated with their typical English definitions but can be described as follows:

Parent consists of recordings of external events observed and experienced by a child from birth through approximately the first five years of life. These recordings are not filtered or analyzed by the child; they are simply accepted without question. Many of these external events are likely to involve the individual’s parents or other adults in parent-link roles, which led Berne to call this ego state “the Parent.” Examples of external events recorded in this state:

Child represents all brain recordings of internal events (feelings or emotions) that are directly linked to the external events observed by the child during the first five years of life. Examples of events recorded in this state may include:

Adult, the final ego state, is the period in which a child develops the capacity to perceive and understand situations that are different from what is observed (Parent) or felt (Child). The Adult serves as a data processing center that utilizes information from all three ego states in order to arrive at a decision. One important role of the Adult is to validate data which is stored in the Parent:

Not only is communication considered to be an important aspect of everyday life, it is also thought to be an integral part of being human. Even newborns exhibit the need to be recognized and acknowledged. Research conducted by Spitz showed that infants who received less cuddling, handling, and touching were more likely to experience physical and emotional challenges. Berne described this innate need for social recognition as recognition-hunger, defining the fundamental unit of social action or recognition as a stroke.

From Berne’s perspective, the adversely affected children in Spitz’s studies exhibited physical and emotional deficits due to a lack of strokes. Berne applied this theory to adults, theorizing that men and women also experience recognition-hunger and a need for strokes. However, while infants may desire strokes that are primarily physical, an adult may be contented with other forms of recognition, such as nods, winks, or smiles.

While strokes may be positive or negative, Berne theorized that it is better to receive a negative stroke than no stroke at all. When one person asks another out on a date, for example, and receives a flat refusal, that person may find the refusal to be less damaging than a complete lack of acknowledgment.

The goal of transactional analysis is help the individual in therapy gain and maintain autonomy by strengthening the Adult state. Typically, the individual and the therapist will establish a contract that outlines the desired outcome they wish to achieve in therapy. This may contribute to the person in therapy taking personal responsibility for events that take place during treatment. The individual will generally then become more able to rely on their Adult ego states to identify and examine various thoughts, behaviors, and emotions which might hinder the ability to thrive.

The atmosphere that supports transactional analysis is one of comfort, security, and respect. When a positive relationship is forged between the therapist and the person seeking treatment, this often provides a model for subsequent relationships developed outside of the therapy arena. Analysts who practice this form of therapy generally use a broad range of tools gathered from many disciplines including psychodynamic, cognitive behavioral, and relational therapies.

Who Can Benefit from Transactional Analysis?

Transactional analysis is frequently applied in the areas of medicine, communications, education, and business management as well as therapy. The mainstream appeal of this technique has attracted parents, professionals, social workers, and others who strive to achieve maximum personal development. Transactional analysis is considered to be one effective method of enhancing relationships with oneself and with others.

Studies show that transactional analysis, often used by counselors and clinicians to address issues currently faced by the person in treatment, can be an effective tool in the treatment of emotional and relationship difficulties that may develop as a result of chronic health challenges.

Transactional analysis is used widely in the educational arena, and this method can serve as a vessel through which educational principles and philosophy can be incorporated into the daily lives of students. This type of therapy can be administered to children and adults of all ages, regardless of social circumstances.

How to Become a Certified Transactional Analyst

In order to qualify as a certified transactional analyst (CTA), individuals must first complete a Transactional Analysis 101 course and then: