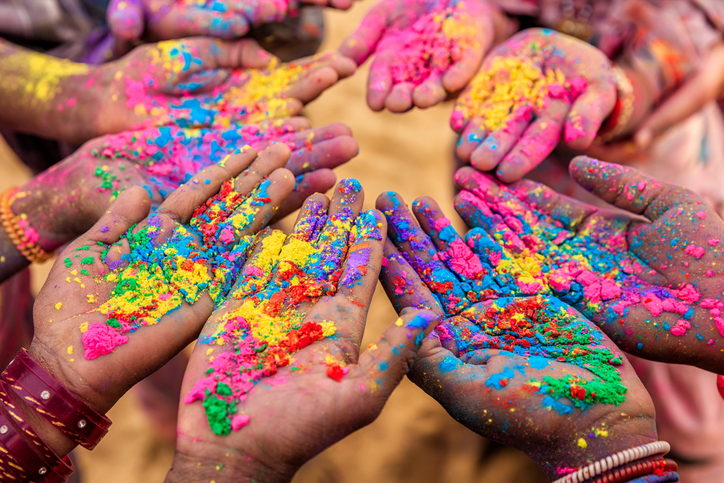 Thought Field Therapy™ (TFT) is an energy-based form of psychotherapy designed to reduce symptoms of psychological distress by manipulating how energy flows in the body. TFT is based on the premise that bodies consist of energy fields and that imbalances in this system cause physical and emotional issues. It is thought imbalances can be corrected by finger tapping specific energy points in certain sequences in order to restore an individual's health and wellness. Some claim TFT produces rapid, lasting results in the treatment of various psychological conditions, including phobias, addictions, anxiety, trauma, and depression.

It has been applied by medical practitioners to a wide range of physical concerns and some individuals seeking help for mental health challenges may also find it a helpful approach.

Thought Field Therapy™ was developed by American psychologist Roger Callahan. Combining modern psychotherapy and Eastern tradition, it draws heavily on ancient Chinese medical practices including acupressure and acupuncture, which emphasize the presence of an internal energy system. These healing methods are based on the idea that energy flows along a network of pathways in the body and that blockages in the system result in physical illness. Each pathway, also called a "meridian," involves its own set of internal organs and ends at a specific point on the skin's surface. Stimulating meridian end points by applying pressure (acupressure) or inserting needles (acupuncture) is believed to remove blockages, restoring a normal flow of energy, and by extension, physical health. In TFT, Callahan adapts and extends these Eastern principles to the treatment of psychological issues.

Callahan, a self-proclaimed pioneer in cognitive therapy, began to deviate from traditional psychotherapeutic methods after completing training in applied kinesiology, a procedure developed by chiropractor George Goodheart. Goodheart concluded that muscle strength was influenced not only by physical conditions but by thoughts and emotions. He also theorized that specific muscles were associated with different meridians. Applied kinesiology involves testing the relative strength of various muscles to determine which meridian is involved in a physical or emotional issue. Callahan would later incorporate some of Goodheart's diagnostic methods into his own unique approach to therapy.

Inspiration for the development of Callahan's new approach came in 1980, when he successfully experimented with finger tapping to treat a woman's phobia of water. The woman, known as Mary, had made limited progress after several months of cognitive therapy and desensitization treatments. Armed with his knowledge of applied kinesiology, Callahan tried a different approach. Noting that Mary's fear was often experienced as a "sick feeling" in her stomach, he decided to tap the acupressure points under her eye, which he associated with the stomach meridian. This resulted in a sudden, unexpected resolution of Mary's phobia and prompted Callahan to begin his search for acupressure points linked to other conditions. Over the next two decades, Callahan developed and refined his technique, which he has since taught to thousands of individuals.

According to Callahan, the idea of the thought field is the most fundamental concept in Thought Field Therapy™. The thought field and other core concepts of TFT are discussed below.

Thought Field Therapy™ represents a significant deviation from the typical ways psychological issues are perceived, diagnosed, and treated. Instead of viewing psychological distress as a mental function, Callahan believes it is encoded in the body's energy system, an aspect of the individual that cannot be accessed through traditional talk therapy. The therapeutic process in TFT is therefore quite different from those used in more conventional approaches.

In TFT, individuals are first asked to think about the issue they face and to rate their level of distress on a subjective units of discomfort (SUD) scale ranging from 0 or 1 to 10. Ten represents the highest level of discomfort, and 0 or 1 represent the complete absence of discomfort. Changes in the individual's SUD ratings are used throughout therapy to gauge the effectiveness of treatment.

Following an initial self-evaluation, the individual is instructed to tap various meridian points thought to be associated with energy build-ups while focusing on the issue being addressed. It is important that people focus on the issue that brought them to therapy, as this is believed to help them "attune" the relevant thought field, activating the perturbation causing their symptoms. Callahan theorizes that tapping adds energy to the thought field, helping rebalance the flow of energy in the system. 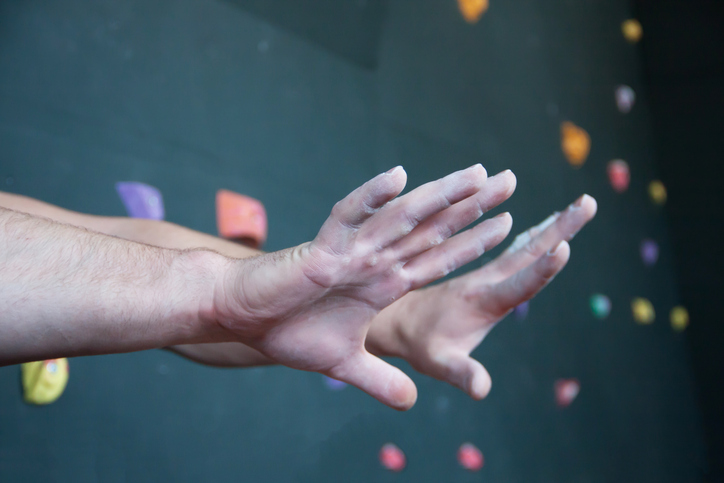 In treating different individuals, a therapist can choose to apply one of the algorithms developed by Callahan. For example, the algorithm for trauma involves tapping five to seven times on the eyebrow, under the eye, under the arm, and on the collarbone. More individualized sequences can be derived by therapists using causal diagnosis or voice technology. Callahan asserts that the more specific treatments derived from these methods generally produce superior results. Regardless of how a tapping sequence is created, it is usually repeated until the individual reports an SUD rating of 0 or 1, depending on the scale. Individuals experiencing a complete elimination of symptoms are said to be "cured."

In addition to finger tapping meridian points, Callahan developed other procedures that can be used on their own or alongside the main form of treatment. One of these procedures, the Nine Gamut Treatment (9G), is routinely used in therapy. It involves tapping the Gamut spot–located on the back of the hand–while engaging in a series of activities including humming, counting, rolling the eyes, and repeating self-affirming statements. These activities are thought to help stimulate brain functions necessary for the primary treatment to work.

TFT is a brief form of therapy, with many supporters claiming that complete elimination of symptoms can occur in just one session. However, complex issues may require more than one treatment. Sessions can last anywhere from 30 minutes or less to 90 minutes. In some cases, such as those involving addiction, depression, or anxiety, people in therapy are taught to use the algorithm on their own so they can eliminate or reduce symptoms whenever they arise without a therapist.

A significant limitation of Thought Field Therapy™ is the lack of sound empirical evidence demonstrating its validity. Many of the claims made by its proponents are based on single case reports and testimonials that cannot withstand scientific scrutiny. The few studies that have been published to demonstrate the efficacy of TFT, including some by Callahan, have been criticized for methodological flaws, such as the lack of control groups, standardized assessment tools, and unsatisfactory reporting of data. Additionally, no credible research to date supports the underlying mechanism of TFT, namely the existence of human energy fields that influence psychological health and can be manipulated by finger tapping. There is also no empirical support for the diagnostic methods used in TFT.

Another limitation of this therapy is its basis in a theory that does not seem falsifiable. Falsifiability is an important characteristic of a scientific theory, signifying that predictions based on a falsifiable theory can be refuted. However, in cases where TFT fails to produce expected results, Callahan tries to explain these results away, leaving no room for conflicting evidence. For example, if an individual does not experience relief of symptoms after engaging in TFT, Callahan attributes this to his concept of psychological reversal. Based on Callahan's reasoning, if the treatment does not work for an individual, it does not suggest that the treatment was ineffective but that there is a problem with the individual in need of correction.

Callahan also claims his treatment produces permanent results, but there have been cases where symptoms return. Callahan does not believe this discredits his claim but argues that it signals the presence of "individual energy toxins." These toxins are thought to be substances that exist in individuals and adversly affect the body's energy field, causing "cured" conditions to return. Examples of toxins cited by Callahan include soaps, perfumes, cigarettes, certain foods, and traumatic events. It is thought these toxins can be identified using a diagnostic test. Special techniques can then be used to correct for the toxin, allowing the treatment to work again.

Finally, since the technique of causal diagnosis involves some level of physical contact between the therapist and the individual in treatment, some people, including those with a history of trauma, may be uncomfortable with this procedure.